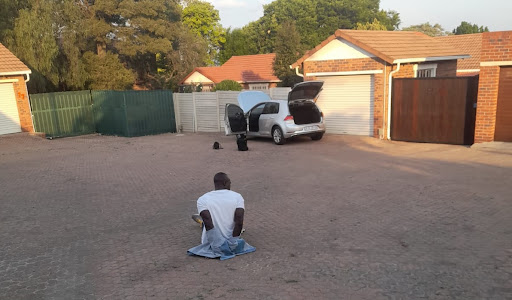 The Hawks’ Technical Operation Management Section (Toms) pursued the suspects from Midrand and eventually arrested them in Kelvin in Sandton after a shoot-out.
Image: Hawks

Two suspects were shot and wounded after a high-speed chase with the Hawks in Sandton on Thursday afternoon.

The trio had been on the Hawks’ radar for a week, he said.

“They are said to be part of a syndicate that targets people who withdraw large amounts of money from banks and then follow the victims home or intercept the motorists along the way before they rob them,” Ramovha said.

The Hawks’ Technical Operation Management Section (Toms) pursued the suspects from Midrand and eventually arrested them in Kelvin in Sandton after a shoot-out.

Two unlicensed firearms and a Volkswagen Golf were recovered.

Cases of attempted murder, possession of unlicensed firearms and ammunition were opened.

They are expected to appear in the Wynburg magistrate's court soon.

A man suspected of being involved in a “bank-following” robbery was wounded during a shootout with the police in Hillbrow‚ Johannesburg‚ on Wednesday ...
News
3 years ago

Doctors in Soweto have come under siege as their surgeries and medical centres have been targeted by criminals pretending to be patients.
News
1 year ago

An ATM fraud syndicate is suspected of being involved in a shopping mall shootout with police on Thursday in Paarl, in the Western Cape.
News
2 years ago
Next Article