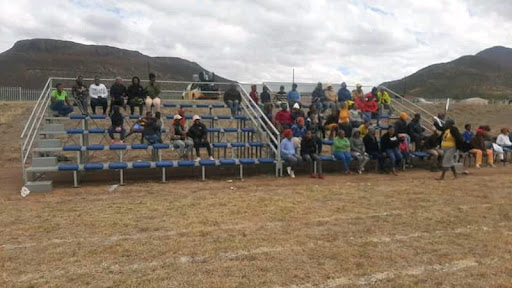 The Hawks have launched an investigation into the controversial R15m Lesseyton Sports Facility built in the Enoch Mgijima municipality.

The facility near Komani (formerly Queenstown) received massive backlash when it was unveiled this week.

Enoch Mgijima municipality spokesperson Lonwabo Kowa said earlier this week the project was justified, and that the council had made a significant investment in the rural village to support sports activities in the area.

Kowa said the R15m spent was not just for what was seen in the pictures that were circulating; not only were there construction-related expenses but also initial “survey, geotechnical and geohydrological tests” to determine if the site was suitable as a sports facility.

Hawks spokesperson Brig Nomthandazo Mbambo said the probe was launched after a complaint was lodged against the municipality.

“The Hawks would like to [offer the assurance] that the matter is receiving the necessary attention.

“The probe is still in its infancy stages, and as soon as all statements and necessary documents have been obtained and perused, the matter will be referred to the director for public prosecutions for decision [on whether] to prosecute,” Mbambo said.

The Eastern Cape EFF caucus said the sports field was a basic facility without anything to justify the millions of rand spent on its construction.
News
3 months ago

Most of the ANC senior councillors in charge of the Enoch Mgijima municipality, which grabbed headlines this week for its shabby R15m “sports filed”, ...
News
3 months ago

The Eastern Cape department of cooperative governance and traditional affairs on Tuesday said it was outraged by the R15million stadium which was ...
News
3 months ago
Next Article