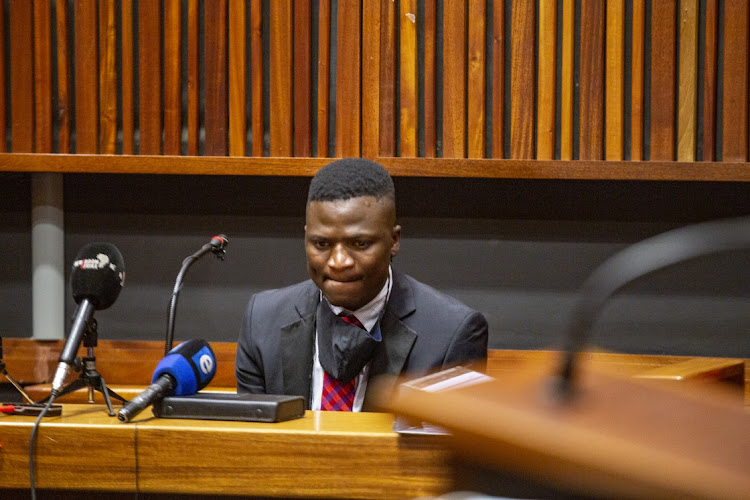 The alleged plot to cover up the murder of Nathaniel Julies was the motive behind the decision by a police officer who was present when the teenage boy was allegedly shot by his colleagues, to record their conversations without their consent.

Cnst Mandla Dumisani Sithole, who was present on the night of August 26 last year when Julies was murdered in Eldorado Park, south Johannesburg, submitted evidence in the form of an incriminating recording, which exposed the extent to which his colleagues attempted to cover up the killing.

On Monday, Whiteboy and Ndyalvane pleaded not guilty to charges of murder, defeating the ends of justice and possession of illegal ammunition.

Netshiongole pleaded not guilty to a charge of being an accessory to murder after the fact and defeating the ends of justice.

Ndyalvane and Netshiongolo pleaded not guilty to a charge of perjury.

During his cross-examination by Whiteboy’s lawyer Adv Solly Tshivhase, Sithole told the high court sitting in the Palm Ridge magistrate’s court that he had been disinclined to involve himself in the alleged plot to cover up Julies’s murder.

A lawyer of one of the police officers facing a charge of murdering 16-year-old Nathaniel Julies, has accused a witness on the stand of loading ...
News
7 months ago

“I made the recording because I did not like what was being planned after the boy [Julies] had been killed,” Sithole said.

Tshivhase grilled Sithole for recording a series of subsequent conversations.

On Wednesday, the court heard the recording in which Whiteboy, Ndyalvane, Sithole and two other officers are heard talking about the shooting after Julies was taken to the Chris Hani Baragwanath Academic Hospital in Diepkloof, Soweto, where he was declared dead.

In the recording, Whiteboy and Ndyalvane are heard piecing together their cover up story and roping in Netshiongolo to allegedly help them plant two 9mm cartridges at the scene of the crime to give credence to their claims.

The recording was extracted from Sithole’s phone and Whiteboy is heard saying: “... listen, we got information that there were two males standing at the container [truck] and they opened fire. The story is, we heard a gunshot when we got to the container. I got out last and when I shot that child [Julies] ran into the crossfire...”

On Thursday, Tshivhase put it to Sithole that Whiteboy did not know that the shotgun used in the shooting had been loaded with live and prohibited ammunition.

However, Sithole retorted by emphasising that the shotgun that killed Julies was booked from the police station by Ndyalvane.

“She [Whiteboy] is blaming me for something I don't know. She is making me a black Jesus and she is putting all the blame on me,” said Sithole.

Whiteboy and Ndyalvane were granted R1,000 bail each in the high court in Johannesburg on July 26 after previously having their applications rejected.

Netshiongolo was granted R10,000 bail after submitting a bail application based on new evidence in the Protea magistrate’s court in November last year.

An explosive recording containing the voices of two police officers accused of murdering 16-year-old Nathaniel Julies has lifted the lid on how the ...
News
7 months ago

A police officer who was present when Eldorado Park teenager Nathaniel Julies was fatally shot explained how a plan was concocted immediately after ...
News
7 months ago

She said her house is located opposite to where a broken down truck has been parked for years.
News
7 months ago
Next Article