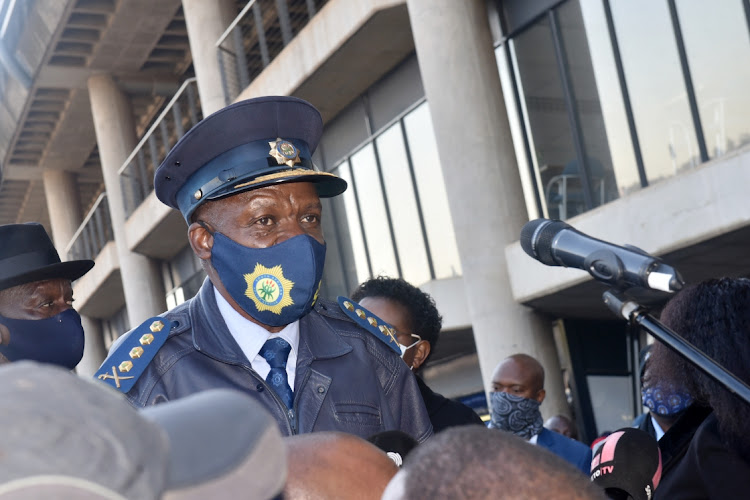 The Independent Policing Union of SA (Ipusa) says the suspension of national police commissioner Khehla Sitole would be justified as the SA Police Service (SAPS) has not performed under his leadership.

“While the suspension or dismissal of any employee should never give room for one to score any points, as Ipusa, after carefully watching with shame the demise of SAPS, we regrettably welcome the intended suspension of the national police commissioner Mr Khehla Sitole,” the union said in a statement.

“Our regret emanates from the fact his failures put everyone in SA at risk.”

On Wednesday, the media reported that President Cyril Ramaphosa had sent Sitole a notice of intention to suspend him.

Sitole would not be drawn into commenting on the reports. He referred TimesLIVE to police spokesperson Brig Vish Naidoo, who said he could not confirm or deny an enquiry about the purported notice.

National police spokesperson Brig Vish Naidoo said he could not confirm or deny an  enquiry about the purported notice.
News
3 months ago

Ipusa said the recent crime stats, which revealed that the number of contact crimes such as murder, attempted murder, sexual offences and all categories of assault had risen, was an indication that the country was in a “war zone” while Sitole was involved in “internal wrangling”.

“This also includes him defying the police minister's orders, just to satisfy his political cronies while putting the lives of SA citizens and all in the country in jeopardy and into merciless hands of criminals of which worst, even police officers get killed in the process,” said the union.

“Just to date, civil claims against the SAPS have skyrocketed to over R16bn. Crime Intelligence has been in shambles for a very long time and there seems to be no strategic plan by the commissioner to rescue SAPS from its forever dwindling image.

“Among the list of the commissioner's failures [is] the high court’s [finding] that he breached his legal obligation to investigate crime and help Ipid investigations by refusing to declassify the secret services' account documents, of which that in itself, warranted a straight dismissal,” the union said.

The SAPS would only improve if it was depoliticised and demilitarised, and the “right people” were appointed to take up leadership roles, it said.

Police minister Bheki Cele's office said he would not be commenting on Sitole's pending suspension.

When approached for comment, acting presidency spokesperson Tyrone Seale said: “We have no comment on this matter.”