Inside Malema’s retirement plans: I plan to retire at 55 and will lead the EFF for as long as the party needs me 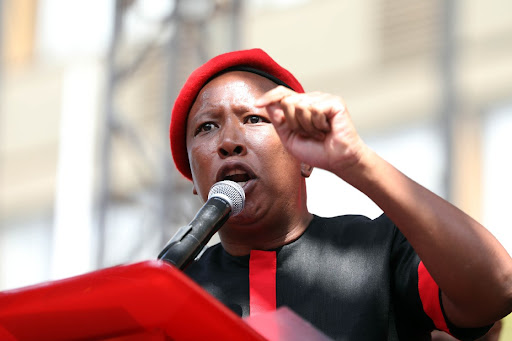 EFF leader Julius Malema will serve as the party’s president for as long as its members want him in the position.

Malema, who is the founder of the party and has been at its helm since it was founded in 2013, told the SABC on Tuesday that while he has no plan to stay in politics indefinitely, he will remain EFF president for as long as the party needs him.

He was discussing the party’s manifesto launched last week in the lead-up to the local government elections on November 1.

Malema said he does not subscribe to the Western definition of political term limits.

“If the EFF nominates me to be its president for the third, fourth and fifth time, I will be available until I go to retirement. There is no term limit and I’m not going to be defining terms according to colonial imperialist definitions of terms.”

EFF leader Julius Malema says former president Jacob Zuma must decide if he wants to enjoy his retirement or continue with politics.
News
10 months ago

The firebrand leader said he was not worried about being stereotyped as an authoritarian, saying he was proud of African leaders like former Zimbabwean president Robert Mugabe.

“Leaders must learn to let go. When the time is right I will leave. When I’m 55, I’m leaving -  whether as a president of SA or of the EFF is immaterial. I have done so many things at an early age,” said Malema.

The red berets have made a litany of promises to voters ahead of the elections.

During the launch of the EFF manifesto last week, Malema pledged to provide voters with free services such as electricity and water, and provide municipal bursaries.

Malema said this was imperative for Sassa beneficiaries whose chances of accessing higher quality education are slim due to their poor backgrounds.

“The municipality will go to the Department of Education and ask ‘where are the children of our municipality who have passed matric?’ and then look through that list as to which ones come from poor families and allocate bursaries to them,” he said.

While on the campaign trail in Bela-Bela, Limpopo, Malema urged young people to focus on getting an education so they don’t have to rely on social grants.

He warned against teenage pregnancy, saying no government grant would be enough to adequately provide for the needs of a child.