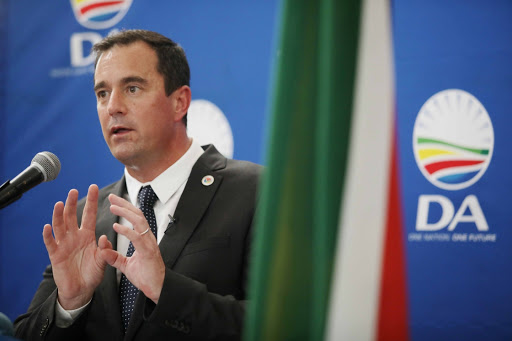 The DA’s election campaign posters in Phoenix, Durban, have been criticised by many.

The posters read: “The ANC calls you racists, the DA calls you heroes.”

According to the opposition party, the posters were to honour those who stood up to protect their property during the July unrest that resulted in 36 people losing their lives in the area.

However, the DA has been accused of fuelling racial tension in the area with the posters.

DA provincial chairperson Dean Macpherson said the posters were going up all over the city and it was not the intention to create further division among residents.

“It’s a matter of fact that the ANC has called people all over the city of Durban racist. We disagree with this sentiment. They were the blue line between absolute anarchy and the sheer lack of law enforcement during July’s unrest. The citizens of this city were heroes,” he said.

DA leader John Steenhuisen also defended the posters, saying those who stood up for themselves “deserve” to be called heroes.

Addressing the media, he said Phoenix residents were heroes because “they didn’t retreat in the face of danger or hide away like the SA Police Service and [minister] Bheki Cele’s people”.

Steenhuisen also denied the DA was using those who had lost their lives in Phoenix as a political tool.

“The politicking started when Bheki Cele, the ANC [former eThekwini mayor] Zandile Gumede and the EFF went into Phoenix and started painting an entire community with one brush,” said Steenhuisen.

“The only people who were calling other people racists are the ANC and the EFF. We are saying: ‘Don’t paint an entire community with the same brush’,” he added.

ANC provincial spokesperson Nhlakanipho Ntombela accused the DA of being opportunistic and lacking respect for the lives lost during the unrest.

“The wounds are still bleeding after the recent massacre of people in Phoenix. We must all reject criminals and the massacre of innocent people. Therefore it is opportunistic of the DA to perpetuate crime and support people accused of murders.”

He said the governing party was committed to reuniting the residents and promoting social cohesion.

“The ANC will continue with its project of building social cohesion through community, governmental and organisational programmes by different racial groups across the province,” he said.