Wife admitted to hospital with injuries 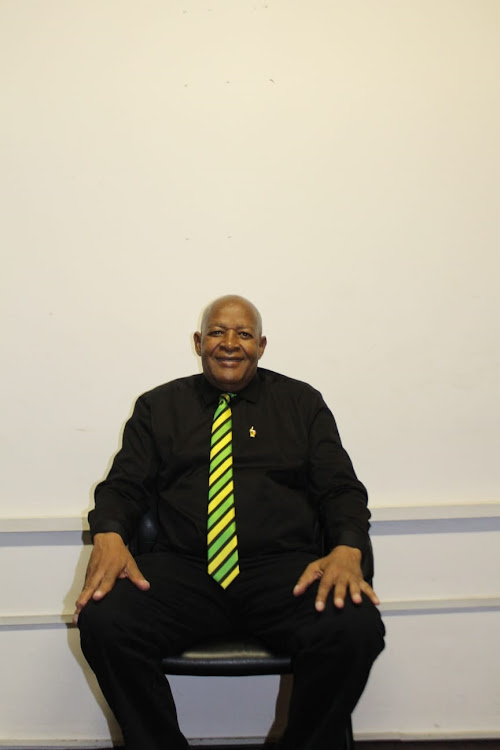 Family spokesperson Tshegetso Boekhouer said the accident happened around 3am when the couple was driving home from an after tears.

"Earlier they attended two funerals. They then stayed behind and enjoyed with their friends," he said.

One of the funerals they attended was that of former Naledi municipal speaker Neo Mathibe.

A close family member who spoke to SowetanLIVE on condition of anonymity said Schalk's wife suffered a broken arm and other minor injuries.

“It was very early in the morning and they had just left Vryburg going towards Kuruman,” she said.

Boekhouer said the wife was in a stable condition in hospital.

The heartbreaking sobs of Kedibone Matongo filled the Finetown hall in Johannesburg on Friday as her moving tribute to her late husband, executive ...
News
2 months ago

Municipal manager Modisenyane Segapo said  Vryburg had lost Schalk at a crucial time when the ANC was relying on him to be the first person to win ward 7, which was dominated by white people.

“He was going to be the first ANC councillor to win that ward,” he said.

Segapo said Schalk rose to political prominence on July 29 1983 while he was a student at Bopaganang High School in the town.

He said Schalk made his name when he was involved in a student boycott where he advocated against Bantu education and high school fees.

“He was arrested and found guilty and got punished,” he said, adding that at that time the politics in Vryburg changed.

“Many students skipped the country to join Umkhonto weSizwe but Schalk remained.”

He became an ANC councillor in 1995, a position he kept until his death.

Schalk became a chief whip in 2000 until 2006 at the Naledi local municipality.

In 2006 he joined the Dr Ruth Segomotsi Mompati district municipality as a member of the mayoral committee responsible for technical services and infrastructure.

In 2011 he became a speaker at Naledi municipality until he was elected mayor in 2016.

“He was just few weeks away from finishing his term,” Segapo said.

“His commitment to the unity, rebuilding, renewal of the ANC was sincere and unquestionable,” he said.