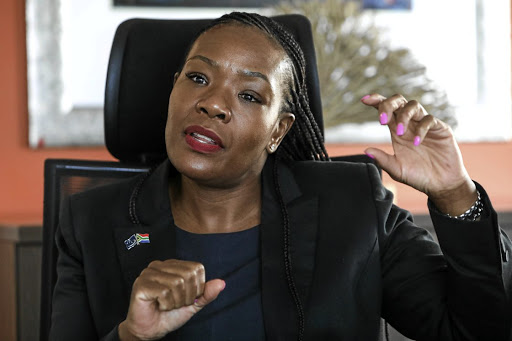 If SA is serious about good governance, there must be consequences and accountability for wrongdoing, auditor-general Tsakani Maluleke says.

This is the case for the country's public institutions and accounting firms, which have to be consistent about entrenching good leadership, building capable institutions, and putting in place a culture of consequence management and accountability.

“I also believe that we're capable of recognising our duty as public officers to act responsibly and ethically in everything that we do. That we can put behind us the era of self-enrichment and corruption, that we can begin again as one to serve the greater good,” she said during an open lecture on Thursday, hosted by University of Cape Town vice-chancellor Prof Mamokgethi Phakeng.

During the lecture - titled “The role of accountancy professionals in strengthening democracy”, and which discussed, among other things, the growing levels of poverty, unemployment and inequality that pose significant risks to the stability of SA's young democracy - Maluleke argued that building and sustaining public trust, accountability and transparency were only achieved when those entrusted with running institutions acted with integrity and were supported by a strong and stable accountability ecosystem.

Professionals, accountants and auditors serve in the public interest within this accountability ecosystem.

As a national auditing firm that is tasked with supporting the country’s democracy through auditing public funds, Maluleke said her office has as from 2019 been empowered, through the amendment of the Public Audit Act, not only to raise material irregularities, but to drive the journey of implementing appropriate consequences.

“It's not a system that's designed to be punitive. It's a system designed in the first instance to encourage accountability and good governance. These can only be achieved if the correct preventive controls or checks and balances are put in place to prevent losses, wastage or any wrongdoing with public funds.”

Briefing MPs on Wednesday, the auditor-general said some municipalities failed to bring in their own revenue and overly relied on conditional grants, ...
News
11 months ago

“These new powers do not empower the auditor-general, as people often say, to take people to jail, but rather they empower the AG to enforce corrective actions where preventive controls have failed, and where those that have been appointed as the stewards of public funds fail to effect consequences.”

She said the punitive part only comes afterwards, and does not replace the duty and the responsibility of accounting officers to act proactively, to prevent problems or deal with them as soon as they arise.

“So these new powers of the AG should not be feared. Rather, they should be embraced in the interest of supporting good governance,” she said.

She noted the failures by KPMG and black-owned auditing firm Nkonki, and the country’s biggest corporate fraud, the Steinhoff scandal, in which close to R123bn in investments were squandered in what was described as an “accounting error”. Maluleke said these accounting failures, including state capture, were just a few examples of “our national shame, and we will continue to live in their shadow for generations to come”.

She said never has it been more urgent to reaffirm a commitment to ethical conduct, to integrity, to quality and to service. She said her office also grappled with the matter of how to maintain its own independence, relevance and its professionalism on an ongoing basis.

“To this end, we keep finding ways to close the gap. Be it real or perceived between our audit messages and the lived experiences of citizens. As an organisation, we strive to lead by example. We strive to ensure that year on year we obtain clean audits from independent external auditors that scrutinise our books.”

“We also ensure that we adhere to the very same rules that we expect auditees to adhere to. Now, this doesn't mean that as an institution, we don't have our own challenges, but at all times endeavour to do the right thing, to live up to the spirit and the letter of our code and our mantra ... that of trust, integrity, service and accountability,” she said.

Records can help mitigate audit opinions in municipalities. Since the dawn of democracy in SA, year in, year out, from Shauket Fakie to Terence ...
Opinion
1 year ago

New administrations must clean up municipalities

In the year of local government elections, we must take advantage of the opportunity of the incoming administration to advocate for improved ...
Opinion
1 year ago

The city of Tshwane, the eThekwini metro and the JB Marks municipality are three of the municipalities which paid excessive prices for personal ...
News
1 year ago
Next Article