'We need a strong statement for the world to see': Mashaba calls for public arrest of Digital Vibes accused 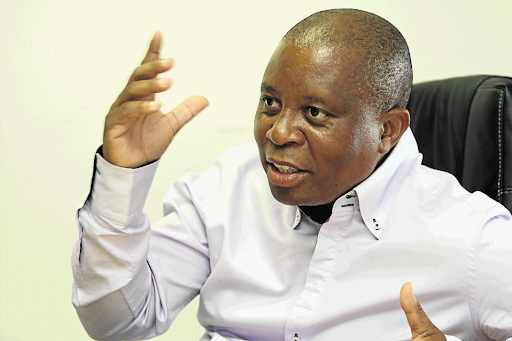 ActionSA leader Herman Mashaba is the latest to weigh in on the Digital Vibes saga, calling for those involved to be arrested.

The report found evidence that former health minister Zweli Mkhize had a conflict of interest as “his friends or associates under the guise of Digital Vibes were unlawfully and irregularly appointed” by the department to oversee media campaigns for the National Health Insurance (NHI) and Covid-19.

President Cyril Ramaphosa, during a rare sit-down interview on September 29 2021, defended asked the media to be considerate to former health minister Zweli Mkhize after a damning SIU report on the Digital Vibes contract with the department of health.

Mashaba said the public deserves to see those involved in the alleged corruption arrested, adding that it would send a “strong statement”.

“The release of the Digital Vibes report should have immediately been followed by the very public and embarrassing arrests of those involved.

“We need a strong statement for the world to see. Throw the corrupt hyenas in jail,” said Mashaba.

She said the SIU report proved that many within the department are possibly guilty of corruption.

“The report has confirmed what we have always known: that all those who have been implicated in this corruption scandal must be criminally investigated and prosecuted,” said Gwarube.

“We call on the National Prosecuting Authority to pursue criminal investigations and prosecutions against the 'Digital Vibes 4' which includes Mkhize, director-general Dr Sandile Buthelezi as well as the deputy-director general Dr Anban Pillay, and the department’s CFO, Ian van der Merwe.

“We urge law enforcement agencies to pursue the 'Digital Vibes 4' and their associates without fear or favour. The DA will not let this matter go until justice is served for those who lost their lives when the country battled this pandemic while government facilitated grand theft of resources.”

What are your thoughts on the SIU report?
Next Article