No, Zuma will not address his supporters at Nkandla, says foundation 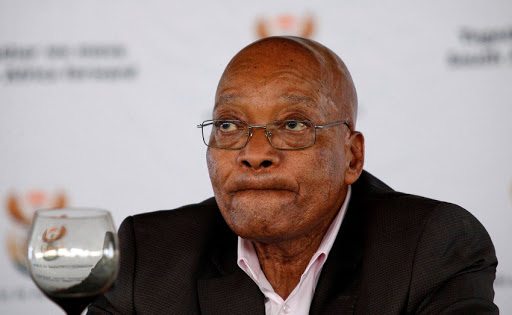 Jacob Zuma's foundation has refuted reports that the former president will be addressing his supporters following his release from hospital.

The foundation cleared the air this week after The Witness reported that Zuma would make his first virtual appearance at Nkandla since being granted medical parole.

It said the report was “fake news” and an “unnecessary invasion”.

“Any public appearance that Zuma wishes to make will be announced as such. Please consider everything fake news until the foundation announces otherwise,” said the foundation on its social media page.

Zuma was admitted to a military hospital for medical treatment in August, shortly after he began serving his 15-month jail term at the Estcourt Correctional Centre for contempt of court.

Last week, TimesLIVE reported that Zuma had returned to Nkandla after being discharged from hospital.

His family told Sunday Times Daily Zuma was not his “charming and ever-laughing self”.

“Yes, he is home but he is not well. Yazi, even when you look at him, he is not the charming and ever-laughing JZ who is full of jokes,” said Zuma's nephew, who asked not to be named.

Earlier this month, Zuma's spokesperson Mzwanele Manyi told TimesLIVE Zuma's release from prison meant he “can be with family and sleep in his own bed”.

What are your thoughts on Zuma’s release on medical parole?
Next Article