Nkandla architect trial on hold as he is reportedly in hospital 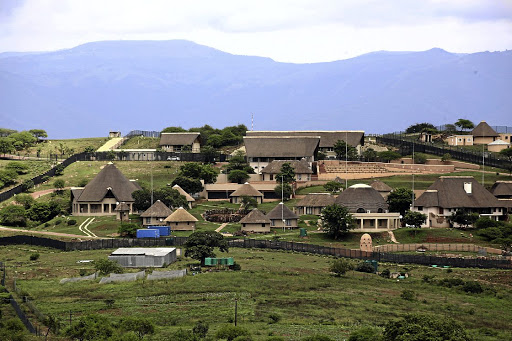 The architect accused of mismanaging what became a multimillion-rand upgrade, at taxpayers' expense, of former president Jacob Zuma’s Nkandla homestead is reportedly in hospital.

The hearing in which the Special Investigating Unit is attempting to claw back some of the more than R200m spent on the project from Minenhle Makhanya has been continuing before Special Tribunal judge Kate Pillay, in the Pietermaritzburg high court.

The evidence of a key witness, a forensic investigator, was expected to wrap up on Thursday and Makhanya - who is unrepresented - was expected to begin his cross-examination of her.

But Judge Pillay told the hearing that she had been informed that Makhayna had fallen ill and had been admitted to hospital on Wednesday night and would not be able to attend the hearing.

Adv Vinay Gagoo, for the SIU, asked if there was a medical certificate.

It was submitted that Makhanya was in an undisclosed Durban hospital.

His wife called the judge’s clerk to inform her and said he was due to be discharged but would require another 24 hours for his “confinement”.

The hearing was set down for this week only, and cannot continue.

Tribunal spokesperson Selby Makgotho said Makhanya's wife would be contacted again to arrange for a medical certificate to be emailed to the tribunal “after which new dates for the trial will be set down”.

“The Special Tribunal will communicate further developments on receipt of the medical certificate,” he said.

Millions of rands were frittered away, without any official authorisation, on “non security” upgrades at former president Jacob Zuma's Nkandla ...
News
3 months ago

There was “secrecy” around the appointment of Durban architect Minenhle Makhanya as the lead architect on upgrades to former president Jacob Zuma’s ...
News
3 months ago

Five months after Minenhle Makhanya was appointed to oversee upgrades at former president Jacob Zuma’s Nkandla homestead, the estimate for the ...
News
3 months ago
Next Article