Mpho Moerane likely to be next Joburg mayor, but only until local government vote 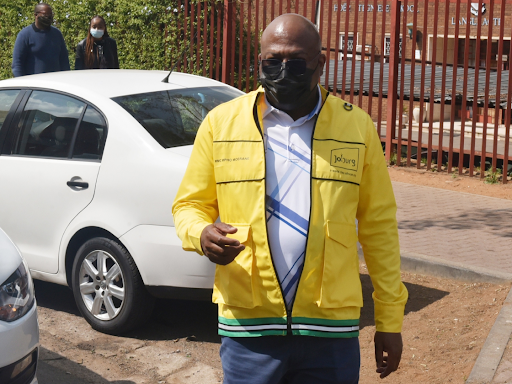 The ANC has agreed to have Mpho Moerane as its mayoral candidate for Johannesburg when the city's council meets on Friday. File picture.
Image: Freddy Mavunda

Mpho Moerane will temporarily take over as Johannesburg mayor from Friday, but he still has a long battle ahead to cement his position after the local government election.

Gauteng premier David Makhura, who is also ANC provincial chairperson, announced on Thursday that the party had agreed to have Moerane as its mayoral candidate when the city's council meets on Friday.

But Makhura confirmed that this was just a month-long tenure, and that the ANC will identify its mayoral candidate after the November 1 vote.

“Of course, that will depend on the type of electoral support that the ANC will get. But our approach is that we will do the appointment of mayors ... after the elections,” he said.

Moerane is a former MMC for environment and infrastructure services in the city and ANC Johannesburg regional treasurer. He will replace Jolidee Matongo, who died in a car accident earlier this month shortly after he took over from Geoff Makhubo, who died in July this year.

Makhura had earlier told Thursday's press conference that the ANC, after consultations, had decided on Moerane to take temporary control of SA's biggest city because he was among the trio of people interviewed to replace Makhubo.

Makhura said the party would follow a new approach in the selection of mayoral candidates, which subjects candidates to an interview process by ANC top brass.

“For the next term we will have a new process for the mayoral candidates throughout the country. We are dealing with this process now. We are very confident that even in the current ANC lists, in Johannesburg we have got very capable people on those lists. From those people we will have candidates that will be interviewed.

“The national officials, on behalf of the national executive committee, will make a decision on who will be our candidates after the elections and we are confident that those will be the men and women who fit the bill,” said Makhura.

Makhura's announcement means the door is not closed for those vying for the mayorship after the local government elections.

The list for the ANC in Johannesburg is topped by Loyiso Masuku, wife of former Gauteng health MEC Bandile Masuku. She is followed by Moerane and current MMC for health, Eunice Mgcina.

Gauteng residents must brace themselves for more water cuts over the next few years as rising demand continues to outstrip supply.
News
2 months ago

July riots to blame for water cuts – City of Joburg

Johannesburg MMC for environment and infrastructure services Mpho Moerane has blamed the water cuts that have been experienced in parts of the city ...
News
2 months ago
Next Article