Image: Thulani Mbele If the alleged 'side boyfriend' of Nomia Rosemary Ndlovu came forward, he could verify where she was when her nephew Brilliant Mashego was killed in January 2018.

Former police constable Nomia Rosemary Ndlovu had a potentially strong alibi that could prove she was not with her nephew Brilliant Mashego when he was hacked to death.

His body was dumped at a marketplace in Dwarsloop near Bushbuckridge in January 2018.

The person who could verify this was one of two men Ndlovu was dating at the time — courier company worker Bennet Ngomane.

Under cross-examination by prosecutor Riana Williams on Monday, Ndlovu said she was with Ngomane when Mashego was killed. They were driving to Johannesburg after a rendezvous planned for Bushbuckridge was cut short. His employer said a work emergency required him to urgently return to Johannesburg that night in January 2018.

While this may be a crucial link excluding Ndlovu as Mashego’s killer, she said the alibi was difficult to prove. 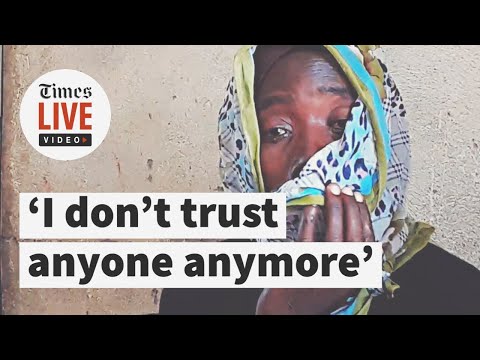 “I don’t know where he stays. I don’t even have his cellphone number. It was not a serious relationship. That’s why I mentioned that I don’t even know where he actually comes from and he never even got to see Brilliant because Brilliant and I never went into that car,” Ndlovu told the court.

She could not recall the name of the company he worked for either.

“He was not the boyfriend I was staying with at the time. He was my side boyfriend.  He stayed at Arthur City though I did not know where his actual home was. At the time, I was living with another boyfriend,” said Ndlovu.

She clarified that her live-in lover was a man she met after the death of her boyfriend and the father of her daughter, Maurice Mabasa, in October 2015. Mabasa was found butchered in Olifantsfontein. Ndlovu is accused of his murder.

She did not mention her new live-in lover’s name in court.

“We [Ngomane and I] were going to meet wherever and do whatever. He had called me at around 11pm and I told him where I was. I was at the Shell garage in Bushbuckridge, not in Dwarsloop where I had parted ways with Mashego. That is where he came to pick me up,” Ndlovu said.

Her version is that she and Mashego parted ways earlier that night at an Engen garage in Dwarsloop. He got out of their hitched ride there and opted to take a 25-minute walk to his paternal grandmother’s house where he lived. Mashego never made it home. His body was discovered by a passer-by the next morning. His skull had been cracked open.

“I left him at the garage. What happened thereafter, I do not know. I warned him but he said that the garage is close to his church and therefore it was a path he was used to walking,” Ndlovu said.

Ndlovu, who is his maternal aunt, is accused of murdering him to cash in on insurance policies taken out in his name. The state put forward a version that it was possible Ndlovu eliminated Mashego after he started asking questions about money that she received after the death of his mother, Audrey Somisa Ndlovu, in June 2013.

Audrey was found poisoned and strangled in her rented room in Thembisa. Ndlovu was the last person seen with her. She benefited from more than R717,000 in life and funeral insurance policies opened in Audrey’s name.

But on Monday, Williams focused on the days and hours ahead of Mashego’s death which he seemingly spent in the company of his aunt.

Ndlovu said that a day earlier, she had travelled with Mashego from Bushbuckridge to Johannesburg after the two of them had met at a local taxi rank. Mashego was intending to go to Johannesburg to hand over his CV at OR Tambo International Airport, hoping to find a job there.

This however, was in stark contrast to what she said in her bail application in March 2018. In her affidavit, she said she had been in Bushbuckridge at that time, using the services of a traditional healer in the area. She said she travelled back to Johannesburg after the healer said she needed to collect soil at the grave of her late daughter and bring it to him. The grave is in Johannesburg.

Ndlovu has testified that on January 22, 2018 she and Mashego caught a taxi back to Johannesburg and went their separate ways upon arrival. He had planned to stay with cousins or friends in Thembisa but a day later, he called saying he was uncomfortable there and asked Ndlovu to help him, she said.

Ndlovu said she met Mashego at a taxi rank in Thembisa and agreed to travel with him back to Bushbuckridge — a five-hour drive.

She said agreeing to the trip was akin to killing two birds with one stone because she and Ngomane, who was headed to Bushbuckridge, had planned to meet there.

Ndlovu said after struggling to find public transport in Germiston and Benoni to Bushbuckridge, she and her nephew opted to hitchhike.

Asked why they did not travel with Ngomane that day, Ndlovu said it was against company rules for him to have passengers in the company vehicle and he would get into trouble if they had an accident.

But after their failed plans to spend the night together, she and Ngomane returned to Johannesburg. This time, he did not mind taking the risk of having her in his courier van because it would have just been the two of them, Ndlovu said.

Williams asked Ndlovu whether this meant she undertook a 10-hour two way road trip for nothing.

Williams turned to Ndlovu’s ailing mother Maria Mushwana, who had testified in Ndlovu’s defence two weeks ago. The 80-year-old had been adamant her daughter was nowhere near Bushbuckridge around the time Mashego was killed. This meant that even when Ndlovu was said to have been at Old Mutual in Bushbuckridge - a short distance away from her home — just a day before Mashego’s death, Mushwana had not been aware of her presence.

Even after Mashego’s death, Ndlovu had not disclosed to her mother and sister Joyce that she was with Mashego hours before he died.

Ndlovu told the court she had not planned on going to her mother's house on those days because she had no money and could not arrive home empty-handed.

It was through Mashego’s grandmother, Sharash Mashego, it was learnt that when he had left home on January 22 he had said he was going to meet his aunt, Ndlovu, in Nelspruit where she was taking him to sign documents.

“The aunt would apparently promise that she would help him get a job,” said Sharash when she testified in the trial several weeks ago.

Like Mashego’s cousin Remembrance Mokoena, she recalled how whenever he received a call from Ndlovu, she would ask him to stay away from people.

Sharash said since she started raising Mashego, Ndlovu had never supported Brilliant financially. She said even after Mashego’s death, Ndlovu and her mother did not make any effort to give her support.

“The accused and the [maternal] grandmother never came to be with me at all. They were not even interested in seeing the terrible injuries he had suffered. I heard from other people that they were present at the funeral but stood at a distance. They never came to me,” said Sharash.

The state said it was unsure where Mashego was killed — in Johannesburg or the Dwarsloop area.

But Mokoena’s testimony suggested that someone else, perhaps even Ndlovu, had used Mashego’s cellphone to communicate with his loved ones from the night of the 22nd when he was last seen alive.

“At around 6pm when he did not return home I started calling. I called over and over again but no answer. At around 8pm, I was watching TV, around the time of Generations, when a text message came through from Brilliants’ phone. The message said I shouldn’t worry, that he has gone to Nelspruit to look for a job. The message scared me,” Remembrance had testified.

“We texted a lot before and one thing I noticed was the manner in which the message was written, I could see it was not him who wrote that message. The construction of the words ... The person used capital letters, seemed to be using Mxit chatting language. He never used such language so that is what surprised me. Another message came through, saying I should not worry. He has gone to look for a job, but this time he said he was in Komatipoort. This message came in the next morning and also was written in the same way,” Mokoena added.

Ndlovu had several policies taken out on Mashego  - including one with Old Mutual. She never, however,  received any payouts after his death.

Under cross-examination on Monday, the state hinted at why her claims might have been rejected.

“You had an Old Mutual policy that covered Brilliant as your child. Do you remember that?” asked Williams.

“I would not dispute. It is unfortunate that we are discussing this in court. When I was taking out the policies and the agent asked me 'how does he refer to you?', I told them that he called me his mom and they then listed him as my son,” said Ndlovu.

For the payout to be processed, she would have needed documentation verifying this relationship.

Ndlovu has been behind bars since March 2018 after a sting operation that saw her allegedly confess to an undercover police officer that she wanted her sister Joyce and her five children burnt alive in their Bushbuckridge home - allegedly so she could claim insurance payouts.

Despite the mountain of evidence against her, including the alleged confession captured on video, Ndlovu has denied all the murder, attempted murder, fraud and defeating the ends of justice charges she faces.