SA pushes to be removed from UK red list 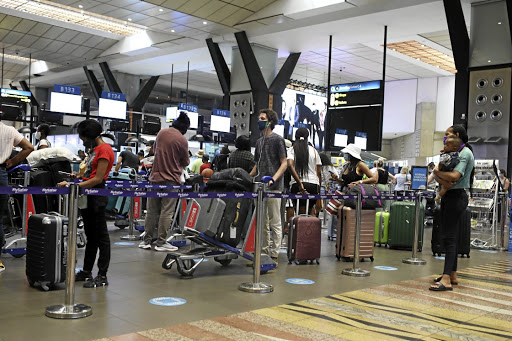 The department of international relations and cooperation says it will intensify its efforts to get SA off the UK's red list.
Image: Alaister Russell

The SA government is working around the clock to ensure that it gets removed from the UK red list.

The UK red list means Brits who travel to SA are required to quarantine upon return to the UK, something that may discourage them from visiting the country, which is one of their favourite destinations.

This was announced by deputy tourism minister Fish Mahlalela at the World Tourism Day event in Clarens, Free State, on Monday.

Mahlalela said they have written to health minister Dr Joe Phaahla to address the issue which looks likely to impact negatively on the country's tourism recovery plans.

"I have written to the health minister that we are available 24 hours any day to attend to this matter. We have also been engaging with the acting high commissioner of the UK," Mahlalela said.

He said they have asked the acting commissioner to "urgently arrange a meeting" with the minister of  transport in the UK, who is leading the task force dealing with transportation and the restrictions.

"I am told that Brazil and a few other countries also have some restrictions. This is also a matter that we are busy with, we are all hands on deck," Mahlalela said.

The UK is the biggest source market for SA tourism with more than 400,000 travellers visiting the country annually before the Covid-19 pandemic.

Mahlalela said they welcomed news that countries such as Germany, the US and the United Arab Emirates have removed restrictions against SA.