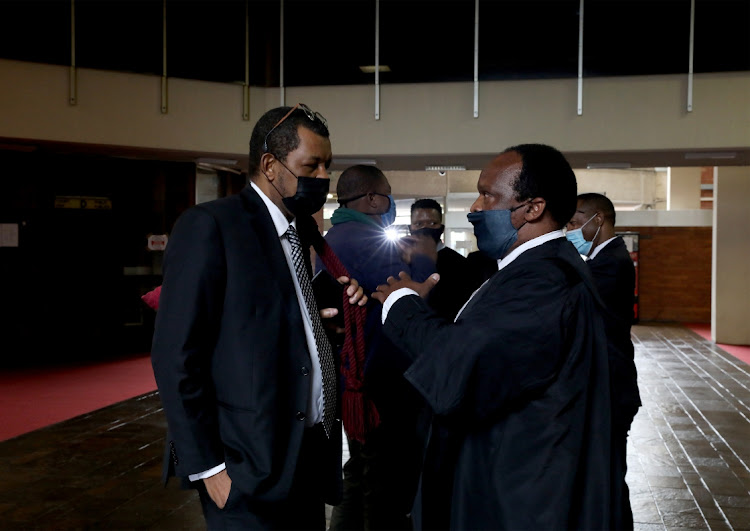 Former president Jacob Zuma's defence team was “upbeat” and claimed “victory” after proceedings on the first day of his special plea hearing in the Pietermaritzburg High Court on Tuesday.

Jacob Zuma Foundation spokesperson Mzwanele Manyi told Sowetan's sister publication TimesLIVE that while he had not touched base with Zuma after court, he believed that the former president was happy about what transpired in court. “I am sure he watched the proceedings on TV at some point and is happy.

“We are upbeat because we claimed victory by ensuring that the state did not derail the special plea hearing by bringing medical experts and demanding that the medical reports be handed in. For what? It's all part of their shenanigans. 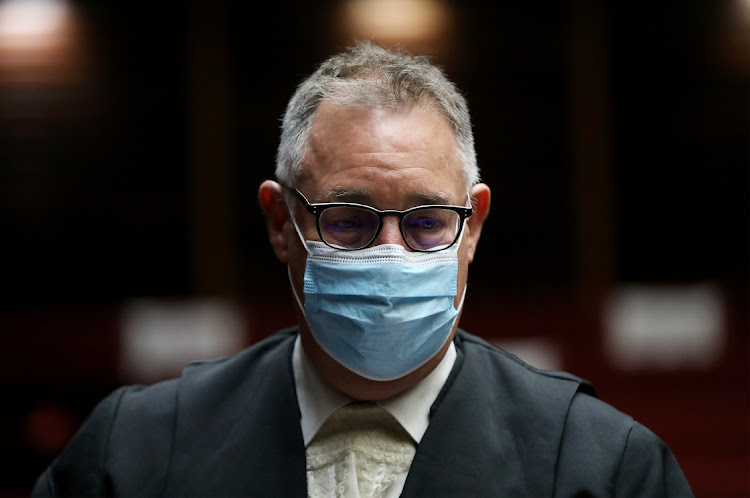 “The medical reports were not needed at this stage because we are not asking for a postponement,” Manyi said.

The court heard that Zuma could not be present in court because his Gauteng-based doctors advised that he remain close to them.

However, the state subpoenaed medical experts and the national correctional services commissioner, Arthur Fraser, who had him granted medical parole, to give evidence on Zuma's medical reports. They asked that the medical reports be handed in.

The state said that the National Prosecuting Authority's doctors found that Zuma was fit to stand trial while Zuma's doctors said the former president was not.

After fierce argument from Zuma's lawyer Adv Dali Mpofu and state advocate Wim Trengove, judge Piet Koen said the matter of the medical records would be dealt with later and ordered the start of the special plea hearing.

Zuma is pursing a special plea, which is calling for the removal of lead prosecutor Adv Billy Downer.  He believes that if his application to remove Downer is successful, he should be acquitted.

Mpofu told the court that Zuma believed that his right to a fair trial would be jeopardised as Downer was not impartial. He said Downer was a witness against Zuma when the DA called for a review after the NPA did not want to pursue charges against the former president. This was proof that Downer was driven by a political motive and was not impartial, Mpofu said.

Former President Jacob Zuma said: “The Constitutional Court in this case somehow found it fitting to deviate from its own rules and it was again ...
News
4 months ago

Mpofu and Adv Thabani Masuku brought up the history of the case against Zuma, which included lengthy arguments on the spy tapes. Mpofu argued that Downer lacked the title to try Zuma for corruption.

Zuma's legal team called the NPA “vultures” for apparently bringing in their doctors to examine Zuma before his own medical specialists could do so.

Downer, in his affidavit, denied all of the allegations. He said in spite of undertakings, the state did not receive the comprehensive medical report on time, and then Zuma’s doctors did not initially provide all of his medical records.

Based on what they did get, a heart specialist, Prof Andrew Sarkin, Prof Martin Brand, a gastric surgeon and Dr Albert Muranda, a nephrologist, concluded in a report dated Sep. 14 that Zuma was medically fit to stand trial.

Trengove defended Downer, saying the leaked medical records were in court papers, which were not confidential. He stated that Downer did have the title to prosecute Zuma and that the state needed more prosecutors like him.

Legal experts told Sowetan on Tuesday that Zuma needed to prove to court that Downer “is blinded by his own prejudice” to have him successfully removed from his corruption trial.

“Zuma must prove that Billy Downer’s personal interest in the matter outweighs the interest of society and justice to such an extent that he will be prejudiced in his [Zuma’s] defence, that is a very difficult onus of proof in itself,” said law expert Dr Llewellyn Curlewis from the University of Pretoria.

“The gist of the argument advanced is that Billy Downer has too much emotional attachment to the Zuma matter and as a result he cannot act in good faith and objectively... that on its own doesn’t exclude you from doing a good job,” Curlewis said.

Another criminal law expert, Prof Stephen Tuson, said Zuma needed to prove that Downer and the prosecution team “is dishonest, unfair to an extent that they would mislead the court”.

“He has to prove that they are incapable of presenting a fair case against him. It’s a very difficult case to make,” Tuson said.

The alleged bribe was facilitated by Schabir Shaik, who was Zuma’s financial adviser.​

A legal team appointed by the state, which has been given access to former president Jacob Zuma’s medical records, has deemed that he is fit to stand ...
News
4 months ago

In July, SA was ravaged by lootings and violent protests after the incarceration of former president Jacob Zuma. Reports suggest that as many as 337 ...
Opinion
4 months ago

Western Cape judge president John Hlophe has urgently gone to court for an interdict to stay parliament's impending impeachment process against him ...
News
4 months ago
Next Article