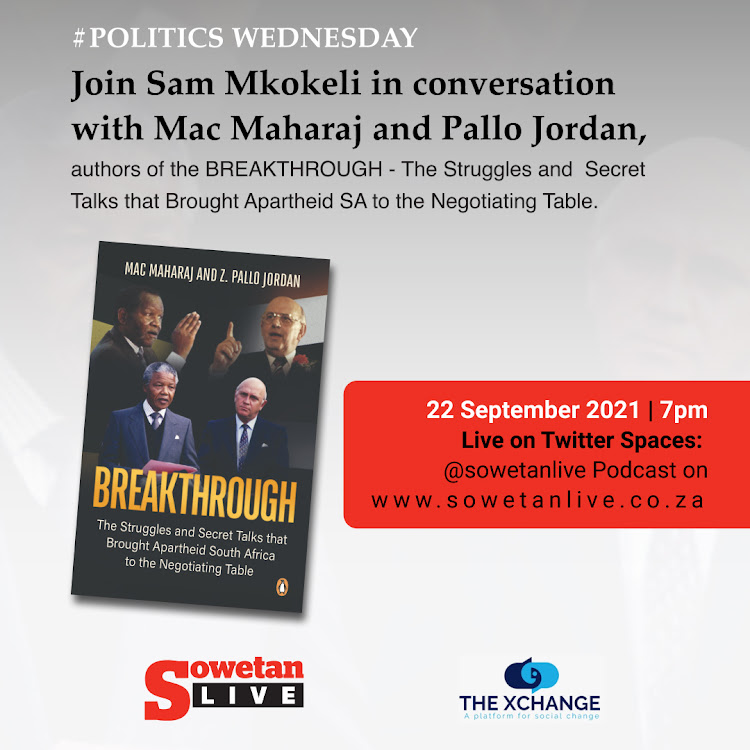 When President F.W. de Klerk announced the unbanning of the liberation movements on 2 February 1990, he opened the door to negotiations that would end apartheid and pave the way to democracy.

But how did this moment come about? What power struggles and secret talks had brought the country to this point? Written by two ANC veterans who were close to these events, Breakthrough sheds new light on the process that led to the formal negotiations.

Focusing on the years before 1990, the book reveals the skirmishes that took place away from the public glare, as the principal adversaries engaged in a battle of positions that carved a pathway to the negotiating table. Drawing from material in the prison files of Nelson Mandela, minutes of the meetings of the ANC Constitutional Committee, the NWC and the NEC, notes about the Mells Park talks led by Professor Willie Esterhuyse and Thabo Mbeki, communications between Oliver Tambo and Operation Vula, the Kobie Coetsee Papers, the Broederbond archives and numerous other sources, the authors have pieced together a definitive account of these historic developments.

While most accounts of South Africa’s transition deal with what happened during the formal negotiations, Breakthrough demonstrates that an account of how the opposing parties reached the negotiating table in the first place is indispensable for an understanding of how South Africa broke free from a spiralling war and began the journey to democracy.

#PoliticsWednesday - Join Sam Mkokeli in conversation with Mac Maharaj and Pallo Jordan, authors of the 'Breakthrough - The struggles and secret talks that brought apartheid SA to the negotiating table.' https://t.co/A6XJKYoIpD