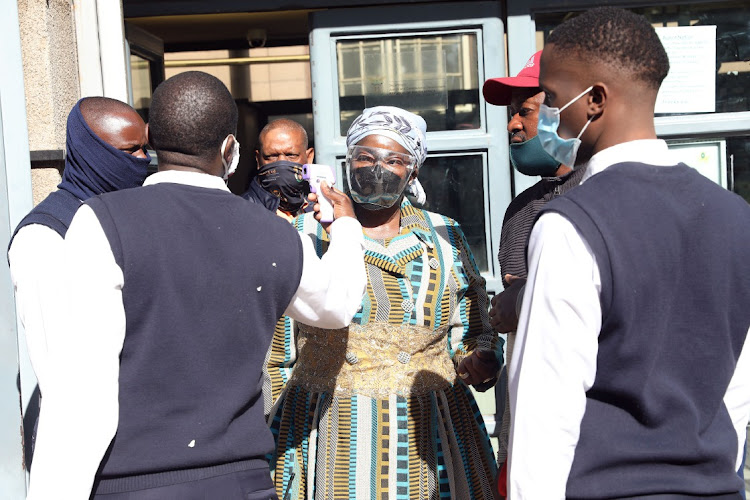 The perjury case against ANC Women's League president and former social development minister Bathabile Dlamini has been pushed to next week Friday where she will be formally charged.

Dlamini briefly appeared before the Johannesburg magistrate's court on Tuesday morning before the matter was postponed.

State prosecutor Jacob Sereko told the court that the National Prosecuting Authority was preparing to share the contents of Dlamini’s docket with the defence team before she was charged.

The charges against Dlamini came after the Constitutional Court recommended that she be investigated and possibly prosecuted for perjury in 2018 for allegedly giving false evidence under oath during the inquiry which was instituted by the court relating to her role in the social grant payment crisis.

Dlamini had been accused of failing to ensure that Sassa was adequately equipped to take over the role of paying social grants when the contract with Cash Paymaster Services, which had been declared invalid by the ConCourt in 2014, came to an end.

Dlamini was found to have been evasive and of giving false information during the inquiry, which was headed by retired judge Bernard Ngoepe and the court subsequently slapped her with a 20% personal cost order in the application by the Black Sash Trust and Freedom Under Law.

A large media contingent camped outside the court ahead of the brief hearing on Tuesday, before Dlamini arrived.

The matter has now been postponed to October 1.

Dlamini’s lawyer Tim Phahlane said she wanted the case to be speedily prosecuted and urged the NPA not to delay the matter.

“My client is eager to have this matter finalised as soon as possible, so we hope that all the parties will stick to the timetable,” Phahlane said.

The Director of Public Prosecutions in Gauteng has taken a decision to prosecute former social development minister Bathabile Dlamini for her alleged ...
News
2 months ago

"I think it's too quick for us to say it's insurrection or not," says ANC Women's League president Bathabile Dlamini.
News
3 months ago
Next Article