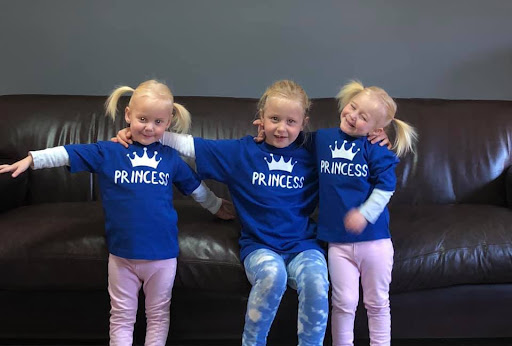 Former Pretoria doctor Lauren Dickason has been charged with murdering her two-year-old twins, Karla and Maya, and her six-year-old, Liane, in their new home on New Zealand's south island on September 16 2021.
Image: Sourced: Facebook/Lauren Dickason

Lauren Dickason, the SA mother accused of murdering her three young daughters in New Zealand, appeared in court on Saturday.

Dressed in a grey hoodie and black pants, the 40-year-old doctor from Pretoria stood in the dock with her head bent and eyes on the floor for most of the proceedings.

She has been charged with the murder of twins Karla and Maya, 2, and their six-year-old sister, Liane.

The children were found dead in their new home by their father, Graham, on Thursday night when he returned from his new job as an orthopaedic surgeon.

Police said that a woman was also found at the property in Queen Street, Timaru, before she was taken to hospital in a stable condition.

Their father, a doctor, arrived home to find his daughters dead, and was heard screaming and crying, saying “Is this really happening?”
News
10 months ago

The family emigrated from Moreleta Park at the end of August. They had been in the south island town of Timaru for about a week after being quarantined elsewhere under Covid-19 regulations.

Newshub reported that Dickason did not apply for bail on Saturday. The Otago Daily Times said Dickason initially asked for her name to be suppressed but the application was  withdrawn after media objections.

It said court documents did not disclose any further information about the children's deaths - simply the three charges of murder, the accused's name and details and the date of the alleged crime.

Dickason was to be remanded to Christchurch Women's Prison but a duty psychologist told Dravitzki that she and the head of the forensic unit felt it was appropriate for DIckason to be remanded in the specialist facility.

Dravitzki confirmed she would be taken to Te Whare Manaaki, the regional forensic inpatient service at Hillmorton Hospital until her first appearance in the high court. He ordered a report into Dickason's mental health.

New Zealand police confirmed Dickason's court appearance but told TimesLIVE they could no longer comment on the case.

"In New Zealand once a matter is before the court system it is not a place for police to confirm the details of a case or what has transpired in court."