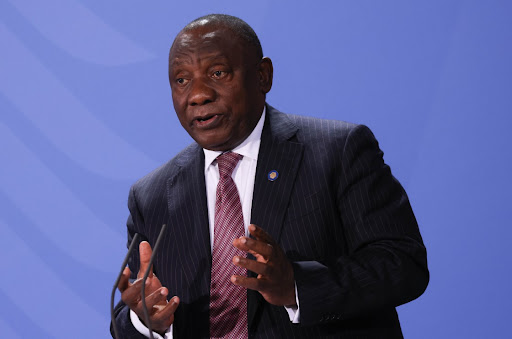 President Cyril Ramaphosa has defended his record as a graft-buster in the face of a report that indicated that most South Africans believed corruption worsened in the past year.

An Afrobarometer survey found that nearly half (49%) of South Africans believed that corruption increased “a lot” in the last year.

The organisation asked 1,600 adult South Africans between May and June this year whether, in their opinion, the “level of corruption in this country increased, decreased, or stayed the same” over the past year.

“Almost two-thirds (64%) of South Africans say that corruption increased in the past year, including half (49%) who believe it increased 'a lot'," the report states.

Other findings included that state institutions are “widely seen as corrupt” - with half or more of citizens saying “most” or “all” officials are involved in corruption in the police (56%), the president’s office (53%), local government councils (51%), and parliament (50%).

And seven in 10 South Africans (70%) say the government is performing “fairly badly” or “very badly” in the fight against corruption, the report states.

In a statement late on Friday night, the presidency said it noted reports on the Afrobarometer survey.

“The results of the survey no doubt reflect the lived experiences of many South Africans who continue to encounter corruption in various forms. This could be in accessing front-line government services or businesses seeking procurement opportunities with the state. Corruption, whether large or small, remains one of the greatest challenges facing our country, holding back economic growth and social development. Corruption robs citizens both directly and indirectly, and undermines confidence in the institutions that are supposed to serve them,” the statement read.

However, it added that it believed the perception of the levels of corruption was because of “the prominence of specific cases of corruption in the public space”.

“This is due in large part to the work done by the media in uncovering and reporting on allegations of corruption, and the progress being made by law enforcement agencies in detecting corruption and prosecuting those alleged to be responsible.

“Evidence presented at the judicial commission of inquiry into allegations of state capture and in the country’s courts have exposed criminal transactions on a massive scale between public servants, parties in the private sector and individual citizens,” the presidency said.

Western Cape judge president John Hlophe has urgently gone to court for an interdict to stay parliament's impending impeachment process against him ...
News
8 months ago

But Ramaphosa also used the statement to defend his role in busting corruption.

This included, the statement read:

“While there is much more work that needs to be done to fight corruption, particularly the kind of corruption that impacts directly on people’s lives, there is clear evidence that after years of impunity progress is being made in bringing those responsible to account. Just as importantly, there is real progress in strengthening the institutions responsible for fighting corruption and other public bodies that have been badly damaged by corruption,” the presidency said.

ANC employees have a responsibility to become whistleblowers where they notice acts of criminality, says Carl Niehaus.
News
8 months ago

Western Cape judge president John Hlophe has urgently gone to court for an interdict to stay parliament's impending impeachment process against him ...
News
8 months ago

Where does the Ramaphosa presidency stand in the aftermath of the violence and looting? The Zuma faction inhibited Ramaphosa's manouevering room as ...
Opinion
8 months ago
Next Article