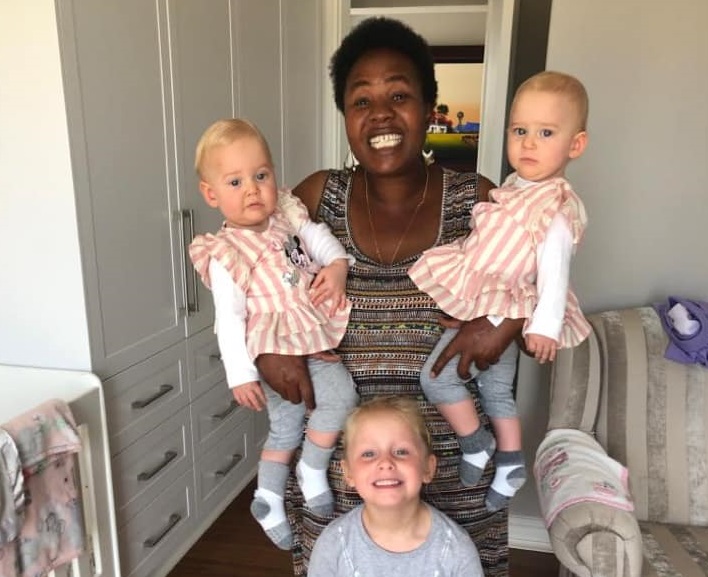 “I am shattered. I don’t know what to do but I am shattered‚” said an emotional Maria Mandy Sibanyoni‚ sobbing while she spoke.

New Zealand media named the family‚ reporting the couple had left Pretoria at the end of August and had been in the town of Timaru for just a week after having been in Covid-19 quarantine since their arrival in the country.

Speaking to TimesLIVE on Friday morning‚ Sibanyoni‚ who worked for the Dickason family as their children’s caregiver for three years at their Pretoria home‚ said they were a humble family.

“I never saw any fight in that family or anything. We treated each other as family. I was family too. There was nothing wrong‚” she said.

Twin girls‚ two-year-olds Karla and Maya‚ and their six-year-old sister Liane were found dead in a New Zealand town on Thursday night.

Their mother Lauren has been admitted to hospital‚ where she is in a stable condition‚ New Zealand police said.

Their father Graham arrived home to find his daughters dead‚ and alerted neighbours.

Stuff.co.nz reported he was heard screaming and crying: “Is this really happening?”

A homicide case is under investigation with police saying they were speaking to people from the property and no-one else was wanted in connection with the incident.

Sibonyoni heard the devastating news of the children’s deaths on Friday morning.

“They were such nice children. They listened when you told them not to do that‚ and when they wanted something they would ask. We used to play outside and take a walk on the streets. When I come in they used to be excited that Mandy is here. They would say goodbye to their mother and ‘we are going to play with Mandy’‚” she said.

She described them as a good family.

“When they went on vacation‚ I went with them. I went a lot of places with them. I never saw a bad side from them or their family members. All of them they treated me well and I treated them the same way. The communication was good‚” Sibanyoni said.

She had last spoken to Lauren in June as the family were preparing to move abroad.

“The last time I saw her‚ everything was fine and she was happy she was going.

“We went through a lot with Lauren. I was always with her‚ telling her not to stress about the children‚ especially one [the child had to undergo several surgeries for a problem with her lip]‚ and to trust in the Lord. I was her shoulder to lean on.

“I have shared a lot of things with Lauren. Now I am shattered. I am not coping‚” Sibanyoni said.

Speaking to New Zealand’s Stuff publication on Friday from SA‚ Lauren’s parents Wendy and Malcolm Fawkes said they were “devastated” to hear of the tragedy.

“The extended families are in a state of shock as we try to understand what happened. We ask for your prayers and support during this very difficult time‚” they were quoted as saying.

Police in New Zealand have arrested and charged a 40-year-old woman with murder in relation to the deaths of three children.

Detective inspector Scott Anderson said the woman is due to appear in the Timaru district court soon.

He did not name her, but said: “Police would like to reassure the community that this was a tragic isolated incident and we are not seeking anyone else.”-TimesLIVE