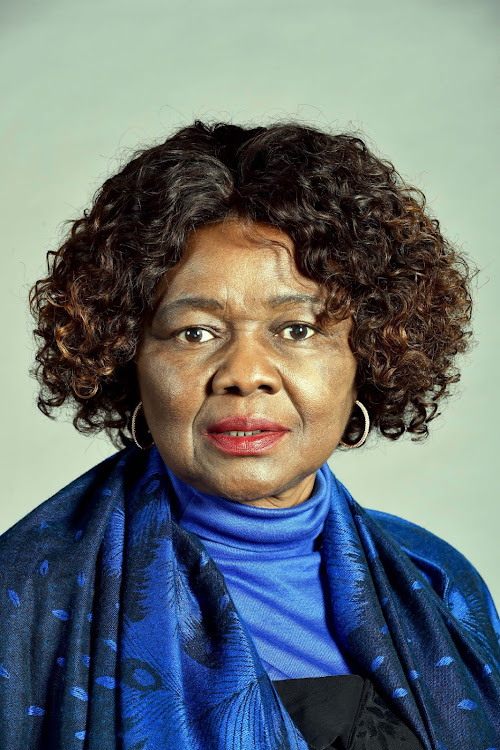 President Cyril Ramaphosa has described the passing of deputy minister in the presidency for women, youth and persons with disabilities, Prof Hlengiwe Mkhize as a national loss.

Mkhize died at the age of 69 yesterday after a short illness, according to communications director in her office, Shalen Gajadhar.

Ramaphosa said: "Mkhize’s legacy is indelible across so many dimensions and sectors of our national life. She distinguished herself as a tireless and passionate anti-apartheid and human rights activist, and campaigner for an end to gender inequality.”

He said she played a crucial role in conflict resolution during SA's transition to democracy.

“We owe Prof Mkhize our gratitude and deep respect for the commitment she displayed as a commissioner of the Truth and Reconciliation Commission [TRC], chairperson of the Reparations and Rehabilitation Committee, and trustee of the National Peace Accord Trust,” Ramaphosa said.

Deputy minister in the presidency for women, youth and persons with disabilities, Prof Hlengiwe Mkhize, has died at the age of 69.
News
2 months ago

Mkhize was first appointed a member of the National Assembly in 2009 and served in various positions.

During her appointment, she sought to “deal with the question of ensuring that the youth are educated and skilled for employment”, according to parliamentary records.

Mkhize had been acting as minister since 2019. Before that, she served as minister of higher education and training and as deputy minister in the correctional services and telecommunications ministries.

The party said she leaves a shining legacy in so far as her contribution to the struggle for gender equality is concerned. "She dedicated her knowledge and skills to advocate for women’s access to land and the economy at large," said party spokesperson Alex Mashilo.

"Ms Mkhize's life was devoted to the service of the people of South Africa, and she did so with excellence, unwavering commitment and selflessness. A lifelong advocate and fighter for liberation, democracy, social justice and equality. She was instrumental in South Africa's political transition, including as Commissioner in the Truth and the Reconciliation Commission (TRC), Chairperson of the Reparations and Rehabilitation Committee and board member of the South African Prisoner's Organisation for Human Rights," said the presiding officers.

The ANC said through Mkhize's death it had lost a dedicated servant of the nation.

ANC's Jacqui Mofokeng dies a day after her daughter's death

Tributes are being shared after the death of agricultural policy influencer Prof Mohammad Karaan on Wednesday.
News
10 months ago

The president of the now disbanded uMkhonto weSizwe Military Veterans Association (MKMVA) Kebby Maphatsoe was a soft man who died angry, his brother ...
News
2 months ago
Next Article