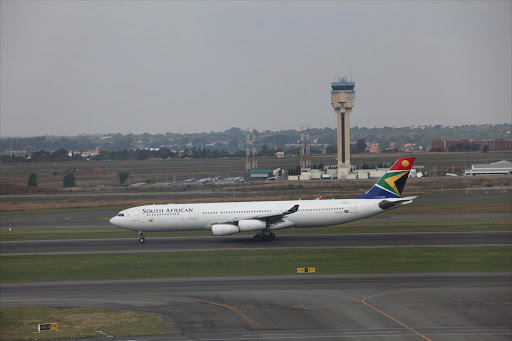 Customs officers have seized 67 pieces of calcium hydroxide used to produce crystal methamphetamine, commonly referred to as “ice” or “tik”.

Weighing 132.41kg and valued at R40m, the SA Revenue Service (Sars) said it was intercepted at a cargo terminal at OR Tambo International Airport.

Its origin was Addis Ababa. The goods were declared as personal effects.

A criminal case was opened with the SA Police Service. The importer and driver were arrested.

A previous detection at the airport in June 2021 uncovered mandrax, weighing 1,746kg and valued at R105m, inbound from Kenya.

Sars commissioner Edward Kieswetter hailed the efforts of the team that intercepted the dangerous substance. “If no action was taken, our country and our youth would have been exposed to the danger of drugs,” he said.

“Sars, acting in concert with other law enforcement agencies, will spare no efforts in confronting those involved in these crimes and stop the supply of these harmful drugs that threatens to derail the future of our country and destroy especially our youth.”

Man nabbed at airport with R11m in gold pieces

A 33-year-old suspect is expected to appear in the Kempton Park regional court on Monday after being arrested at the OR Tambo International Airport ...
News
1 year ago

Unregistered medicines with a market value of R126m have been seized at OR Tambo International Airport in Johannesburg.
News
1 year ago

A fugitive drug dealer who skipped bail and fled the country more than three years ago after failing to appear in court in Secunda was rearrested ...
News
1 year ago
Next Article