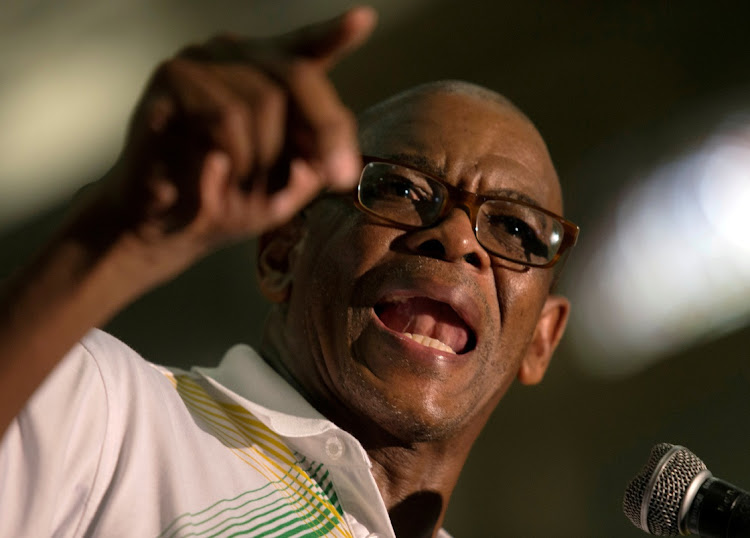 Suspended ANC secretary-general Ace Magashule’s counsel, advocate Dali Mpofu SC, was not telling the truth in his submission that President Cyril Ramaphosa’s counsel stated  their client was not going to be told by them when to file papers since he was the country’s number one.

This is among the grounds the full bench of the Johannesburg High Court provided on Monday to dismiss Magashule’s leave to appeal against an order that his suspension was lawful and constitutional.

During the original application Magashule mounted against the ANC and Ramaphosa, the latter filed his affidavit late but asked for condonation, which was granted by the court.

However, in his application for leave to appeal Magashule claimed Ramaphosa’s lawyers had stated “the applicant [Magashule] ought to understand that he cannot dictate timelines to the first respondent as he is the president of SA”.

The full bench has since found this submission to be “quite extraordinary” and “factually wrong [as] no such statement was made and the court did not make any such finding”.

This was not the only submission Magashule appears to have put forward in his desperate bid to have a second bite at overturning his suspension, according to the judgment.

Another is his misreading of the court order affirming his suspension, in respect of his plea that the court strike out Ramaphosa’s entire affidavit and some documents submitted by the ANC and its deputy secretary-general Jessie Duarte.

The court took exception that Magashule could turn “excluding” into “including” in a court order written in black and white and thus wrongly accusing the court.

“The accusation levelled against the court in this regard is thus not only unwarranted, but untrue,” reads the judgement on the application for leave to appeal.

For these and other grounds, the court held it was “of the view that a higher court [would not come] to a different conclusion in this regard” and thus “the application for leave to appeal is dismissed with costs, including the costs of three counsel”.

Suspended ANC secretary-general Ace Magashule said people are looking to the party's leadership to address issues affecting the country, including ...
News
11 months ago

During the proceedings, a tug-of-war played out over whether Magashule’s former personal assistant Moroadi Cholota would testify on his behalf or ...
News
1 year ago

Suspended ANC secretary-general Ace Magashule has accused the Johannesburg high court of “actual and/or perceived bias” in its judgment that ...
News
1 year ago
Next Article