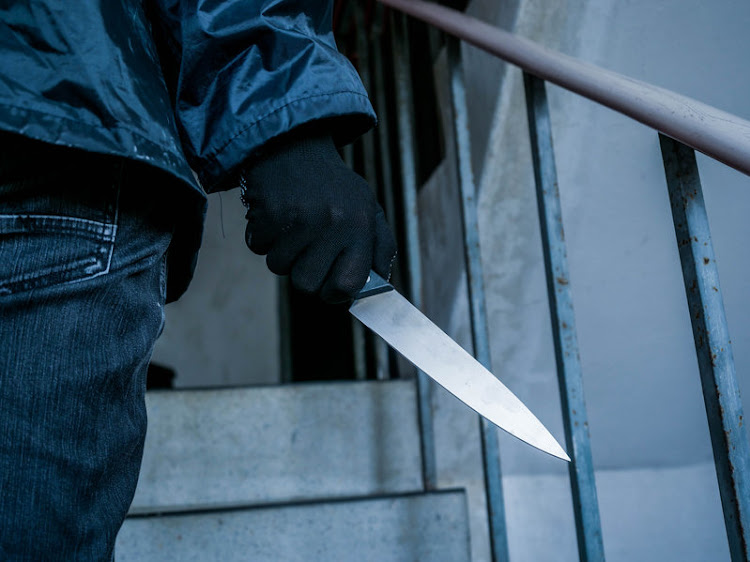 A roommate in an adjacent bedroom heard a big bang on the door and went out to investigate. Stock photo.
Image: 123RF/ thebigland

A male nurse was stabbed to death during an apparent love triangle brawl at Zithulele Hospital in the Eastern Cape.

Provincial health MEC Nomakhosazana Meth expressed shock at the killing in the early hours of Saturday.

“The 34-year-old male nurse, who resides at the hospital nurses’ residence within the hospital premises, was stabbed to death allegedly by his girlfriend’s second boyfriend from the local community,” the provincial health department said in a statement.

A roommate in an adjacent bedroom heard “a big bang on the door” and went out to investigate.

“It is alleged that the culprit stormed inside searching for his girlfriend and a fight erupted. The fight ended in the fatal stabbing of the health official.

“The roommate went on to call hospital security, who found the deceased on the floor, bleeding and rushed him to hospital where he was declared dead.”

Police were called to the scene and later arrested the alleged culprit.

“Our hearts go out to the family and colleagues of the deceased at this time of sorrow and sadness. As the department we are sending healing prayers and comforting words during this difficult period,” said Meth.

“Words cannot adequately express the pain of losing such a young health worker, especially at the time when the country needs each one to continue the fight against Covid-19. Our thoughts and prayers are with the family at this time.”

Meth instructed the department's security services unit to investigate how the culprit was allowed to enter the hospital premises armed with a weapon. Health facilities have been declared as secure zones where any form of weaponry is strictly prohibited.