POLL| Which party will you vote for in the local government elections? 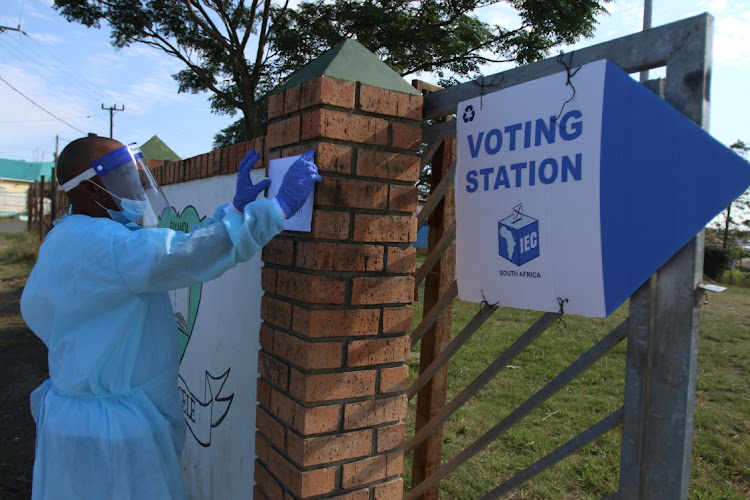 South Africans will head to the polls later this year to vote in the local government elections.

The Constitutional Court on Friday rejected an application by the Independent Electoral Commission (IEC) to postpone the elections to February 2022.

The IEC application followed a set of recommendations contained in a report by former deputy chief justice Dikgang Moseneke, which said elections should be moved to February 2022 to ensure the fairness of the elections and the safety of voters who might be exposed to Covid-19.

The apex court said applications should happen between 27 October and November 1.

The IEC will allow political parties and independents further opportunities to register candidates for the upcoming local government elections.
News
8 months ago

ANC to blame for failure to register candidates, says Duarte

The ANC says it was its own mistakes that caused the party not to register proportional representation (PR) candidates in 93 municipalities across ...
News
8 months ago

The Electoral Commission of SA's decision to reopen candidates' registration for the municipal elections has been met with fury by opposition parties ...
News
8 months ago

Commission chairperson Glen Mashinini said on Monday voters who intend to register can apply between September 10 and 13 at the relevant municipal office. A registration weekend will be held from September 18 to September 19.

“The commission has already taken measures to ensure that it complies with the orders of the Constitutional Court.

“The minister will, on September 20 proclaim the date of the election. This proclamation will cause the voters' roll to be closed for the purposes of the 2021 municipal elections. The commission has indicated its preference of the election date to the minister who is now considering the matter,” said Mashinini.

Mashinini also said the amended election timetable will allow independent candidates and political parties who missed the August deadline to register their candidates for the elections in various municipalities.

A recent Ipsos poll found the ANC remained the most popular party in the country, despite a possible decrease in support.

Participants were asked which party they would vote for in the local government elections, with 49% choosing the ANC, 17.9% the DA and 14.5% the EFF.

It also found the elections are likely to see an increase in support for Action SA and other smaller parties.

Ipsos stressed the poll was not a prediction but a snapshot of support at a point in time.

Which party will you vote for in the municipal elections?
Next Article