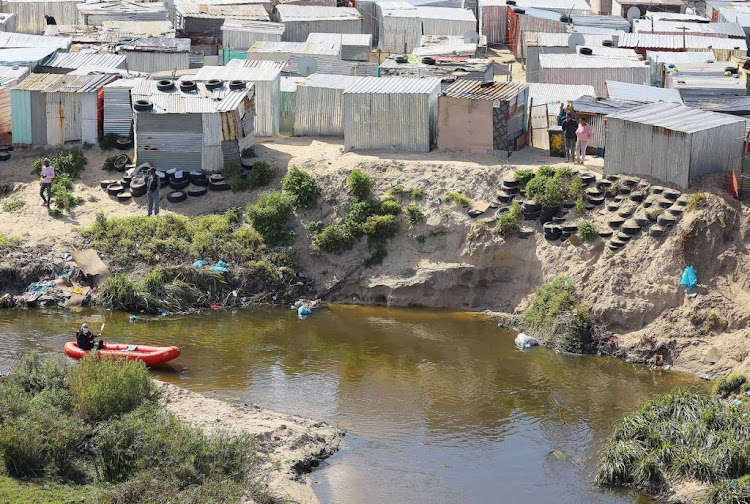 Four young men were allegedly thrown into the water after they were assaulted by a group of people in a mob justice attack.
Image: SAPS

A search will resume on Tuesday for four men allegedly thrown into a river, as Mfuleni police probe the identities of two bodies found in the area.

Western Cape police spokesperson Novela Potelwa said the yet-to-be-identified bodies were retrieved from a river that runs along the Covid-19 informal settlement in Driftsands at the weekend.

They were found during a search for four young men allegedly thrown into the water after they were assaulted by a group of people in a mob justice attack.

“For three days police divers and Mfuleni police officials have been scouring the area for the missing young men between the ages of 19 and 23.

“They were reported missing by family members between Saturday and Sunday evening. Eyewitness accounts indicate the four men were assaulted by a group of people and thrown into the water.

“On Saturday evening, the search party retrieved the first body. A second body was recovered on Sunday afternoon.

“The three families who opened missing persons cases with Mfuleni police over the weekend confirmed on Monday the bodies recovered on Saturday and Sunday were not their relatives.”

Potelwa said the divers resumed their search on Monday morning, searching a seven-kilometre area along the river. “The search will continue again on Tuesday.”

The webinar took place less than two months after the deaths of eight men during a gruesome mob justice attack in Zandspruit, north of Johannesburg, ...
News
10 months ago
Next Article