Pretoria man dies after crashing into tree at high speed 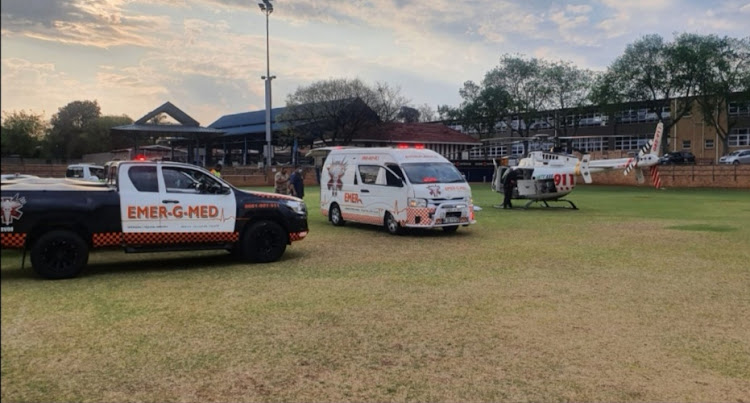 A Pretoria man, who crashed into a tree on Monday, was airlifted to hospital where he later died
Image: Emer-G-Med

A Pretoria man lost his life after crashing into a tree at high speed on Monday afternoon.

“On arrival on scene a single light motor vehicle was found to have crashed at high speed into a tree.

“The driver and only occupant, a male approximately 35 years of age, was found in a critical condition.

“Advanced life support intervention was needed to stabilise him before he was placed onto a mechanical ventilator to assist him with breathing,” said Van Reenen.

The man was airlifted to hospital, where he later died from his extensive injuries.

“The cause of the incident and the events preceding it are unclear and will form the subject of a SA African Police Service investigation.”