'We've heard that he is not well': Ramaphosa welcomes Zuma's parole 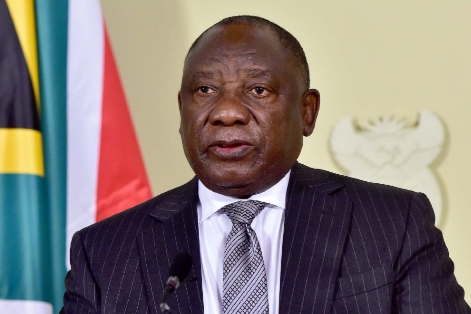 President Cyril Ramaphosa has wished Jacob Zuma a quick recovery 'as he's restored back to his home to be with his loved ones'. File photo.
Image: GCIS

President Cyril Ramaphosa has welcomed the release of his predecessor Jacob Zuma on medical parole.

In his closing remarks to the ANC national executive committee's lekgotla, which has been meeting since the weekend, Ramaphosa wished Zuma a quick recovery.

“We have also received and taken note of the decision by correctional services' national commissioner to release comrade Jacob Zuma from incarceration on medical parole. We welcome this. We've heard that he is not well and we'd like to wish him quick recovery as he's restored back to his home to be with his loved ones,” said Ramaphosa.

The department of correctional services announced on Sunday that Zuma was being placed on medical leave because of ill health. The announcement came 58 days after Zuma was admitted as an inmate at the Estcourt Correctional Services facility in KwaZulu-Natal.

The department said in a statement: “Medical parole placement for Mr Zuma means that he will complete the remainder of the sentence in the system of community corrections, whereby he must comply with a specific set of conditions and will be subjected to supervision until his sentence expires.”

The Jacob Zuma Foundation spokesperson Mzwanele Manyi has taken a swipe at the NPA for asking that the former president be taken for a second medical ...
News
9 months ago

The department said there was nothing untoward about Zuma’s release.

“Section 75(7)(a) of the Correctional Services Act affords the national commissioner a responsibility to place under correctional supervision or day parole, or grant parole or medical parole to a sentenced offender serving a sentence of incarceration for 24 months or less. The national commissioner is also in terms of section 52 empowered to prescribe conditions of parole.

“Medical parole’s eligibility for Mr Zuma is impelled by a medical report received by the department of correctional services. Apart from being terminally ill and physically incapacitated, inmates suffering from an illness that severely limits their daily activity or self-care can also be considered for medical parole,” the department added.

Zuma started serving his sentence in July after he was found guilty of contempt of court for failure to comply with an order of the Constitutional Court to honour a summons to appear before the state capture commission.

He was sentenced to 15 months behind bars and spent several weeks of incarceration in the medical wing of the prison before he was moved to an external hospital for further treatment.

Former president Jacob Zuma has been released from prison on medical parole.
News
8 months ago

'Zuma did not need to apply for early release'

Former president Jacob Zuma did not have to apply for medical parole as there are provisions for his doctors to make recommendations for his release ...
News
8 months ago
Next Article