Special report | How to ruin a good school 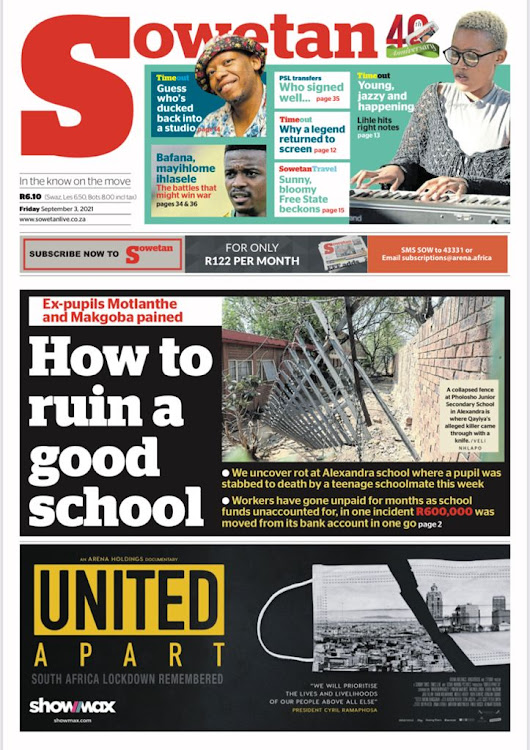 The school where a 15-year-old grade 8 pupil was stabbed to death this week has been in state of chaos both structurally and administratively for years despite efforts to bolster it.

Sowetan has established that, Pholosho Junior Secondary School in Alexandra, Johannesburg, which was thrust into the spotlight after tragic killing of Qayiya Mgaye, has been marred by leadership squabbles, allegations of selling of teacher posts, poor management and general lack of security.

The Gauteng department of education says it has launched an investigation into allegations of school funds disappearing and some staff being unpaid for months at Pholosho Junior Secondary School in Alexandra, Johannesburg.

“I kept praying, asking God to spare Qayiye Mgaye's life as I held him in my arms.”

These were the words of Thembisile Williams, a patroller at Pholosho Junior Secondary School in Alexandra where Mgaye, a 15-year-old grade 8 pupil, was stabbed to death allegedly by a 16-year-old fellow pupil.

A 15-year-old pupil has told how his friend was stabbed to death at a school in Alexandra, Johannesburg, as he tried to protect him.

This latest incident has added to a growing problem of violence and gangsterism in township schools in Gauteng and other provinces.

'Slain pupil was trying to save my life'
Next Article