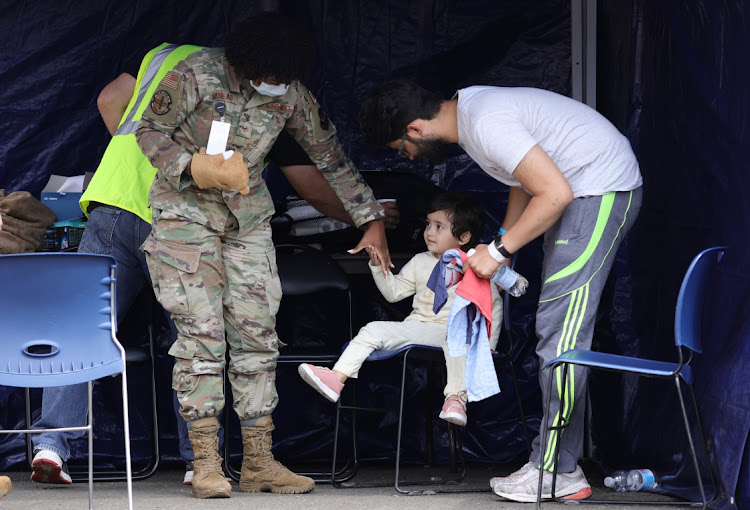 More than 123,000 people, including thousands of US citizens who were in Afghanistan as the Taliban took control, were evacuated from Kabul in a massive but chaotic airlift by the US and its allies over the past two weeks.
Image: Andreas Rentz/Getty Images

The South African government says it does not have capacity to accommodate Afghanistan refugees as its social welfare system is already overburdened.

The department of International relations and cooperation department spokesperson Clayson Monyela said on Wednesday that the department noted the overtures made to the country to consider receiving a number of Afghanistan refugees who had sought refuge in Pakistan.

Thousands of people want to flee Afghanistan after the terror group Taliban took control of the country after the withdrawal of US forces.

“The request is that they be accommodated in SA en route to their final destinations. The South African government is unfortunately not in a position to accommodate such a request.

“SA is already home to a substantial number of refugees and is seized with addressing their needs. Most of them already benefit from the social assistance and free medical health programmes offered by our country,” Monyela said.

He said in terms of international law, the wellbeing of the refugees is best served by remaining in the first country of arrival — in this case Pakistan — pending their final destinations.

Celebratory gunfire echoed across Kabul as Taliban fighters took control of the airport before dawn on Tuesday following the withdrawal of the last ...
News
11 months ago

Crowds seeking to flee Afghanistan gathered on its borders while long queues formed at banks on Wednesday, as an administrative vacuum after the ...
News
11 months ago
Next Article