'You can’t blame the pandemic, or the riots' — DA calls for more jobs as unemployment skyrockets 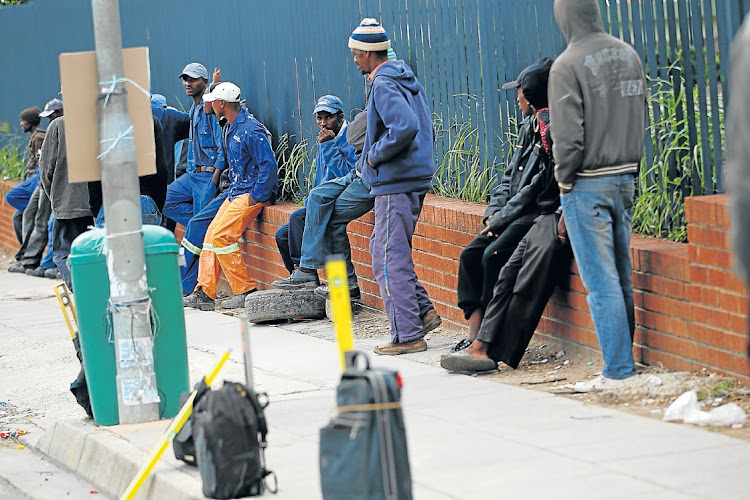 Unemployment in the Eastern Cape outside the two big cities is SA's highest at 53%. File photo.
Image: MICHAEL PINYANA

DA leader John Steenhuisen says the ANC can no longer blame apartheid, the unrest or the Jacob Zuma administration for the high unemployment rate in the country.

He said the SA economy was one of the worst-performing economies before the pandemic and remains one of the least resilient.

He called on the government to work with businesses to ensure job creation.

“Governments don’t create jobs, businesses create jobs. Become a partner to your job creators, stop treating them like the enemy, stop making it near impossible to get a new business off the ground and stop doing everything in your power to chase new investment away,” said Steenhuisen.

Stats SA revealed that a huge chunk of the population moved from the “employed” and “not economically active” categories between the first and second quarters of 2021.

The unemployment rate now stands at 34.4% in the second quarter from 32.6% in the first quarter. Stats SA said this is the highest since the quarterly labour force survey started in 2008.

The expanded unemployment rate, which includes people who are discouraged from seeking work, sits at 44.4% from 43.2% in the first quarter.

He also took a swipe at the recent cabinet reshuffle, saying President Cyril Ramaphosa needs to do more than “shuffling the same threadbare cabinet around in a dozen new configurations”.

Suspended ANC secretary-general Ace Magashule said people are looking to the party's leadership to address issues affecting the country, including ...
News
3 months ago

'There go our jobs': Are cashierless stores a new threat in SA's unemployment crisis?

The trial store is operating from Cape Town, where 40 items are available to purchase.
News
3 months ago
Next Article