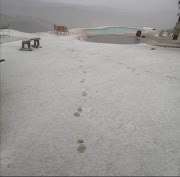 Image: via Facebook Footprints in the snow at Dargle Forest Lodge in the KZN midlands

Some parts of KwaZulu-Natal were transformed into a winter wonderland with snowfall from the Drakensberg up to Hillcrest near Durban on Saturday. 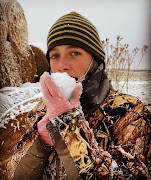 Social media platforms were abuzz about reports of snow in Alverstone, Hillcrest which is about 33km from Durban.

Snow Report predicted earlier in the week that snow was expected to fall “between Thursday afternoon up to Sunday depending on the region”.

Image: via facebook Snow fell in Bulwer in KZN on Saturday

It said heavier snowfall would fall in the west of SA on Thursday and Friday and over Lesotho, the eastern part of the Eastern Cape and southwest parts of KwaZulu-Natal on Saturday.