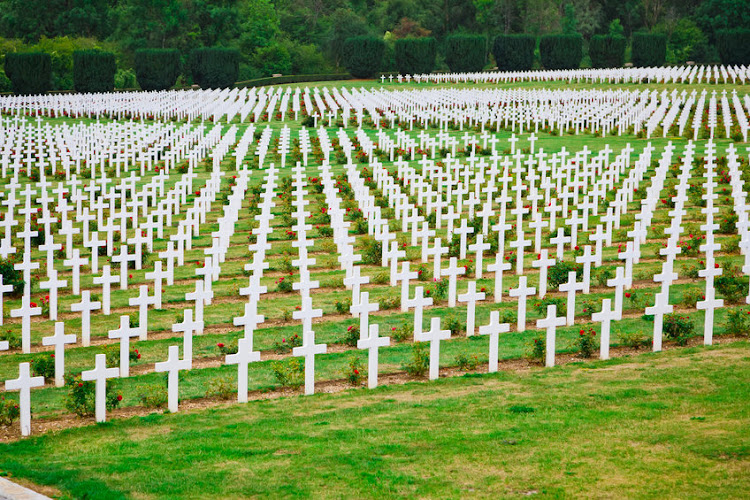 SA has suffered a quarter of a million excess deaths during the Covid-19 pandemic.
Image: 123rf/marekvalovic

This week's estimate from the SA Medical Research Council said there had been 244,846 mortalities beyond what historical trends predicted.

The count went up to Aug. 21, when the previous week yielded 850 excess deaths per day from natural causes.

If excess mortality continued at the same rate this week, the 250,000 mark would have been passed on Friday.

In May, when the SAMRC team behind the weekly reports wrote about its work in the SA Medical Journal, it said: “The temporal trend and age pattern of the excess deaths suggest that most of these deaths are directly due to or related to Covid-19.”

It also said SA's Covid-19 mortality rate for 2020 was probably among the top five in the world.

The week ending Aug. 21 saw an uptick in estimated excess deaths after a decline since the peak of the third wave of the local Covid-19 outbreak in mid-July.

Three-quarters of excess deaths from natural causes since the phenomenon was first noted at the beginning of May 2020 have been among over-60s.

Even though the vaccinations have been available to this group since May 18 2021, the SAMRC team said the pattern of excess deaths among over-60s was similar to that in the overall population.

“It remains difficult to quantify the impact of vaccines,” it said in its latest report.

The national excess death rate since May 2020 has reached 411 per 100,000 people, and the latest report says the provinces with the highest numbers of excess deaths are Gauteng, KwaZulu-Natal and the Eastern Cape.

When provinces are ordered according to death rates per capita, the Eastern Cape emerges as the most seriously affected province, with 593 excess deaths per 100,000 people, followed by the Northern Cape and Free State.

During the alcohol ban, unnatural deaths slumped well below predictions based on historical mortality rates.

“However, coinciding with the unrest in KwaZulu-Natal and Gauteng, and continued taxi violence in the Western Cape, the number of unnatural deaths increased to the level of the upper prediction bound during week 28 (July 11—17 2021) and dropped to below the lower prediction bound [the following week] once the unrest had subsided,” said the MRC team.

SA’s third wave of Covid-19 infections is dragging on longer than expected and behaving differently from the first and second waves, health minister ...
News
3 months ago

SA Rugby has lost hundreds of millions of rand and will continue to suffer extensive financial losses if their competitions and Test matches continue ...
Sport
3 months ago

Thato Mosehle says seeing her mother Lesego sitting in the crowd while competing at the 12th Miss Supranational in Poland is what kept her pushing ...
Entertainment
3 months ago
Next Article