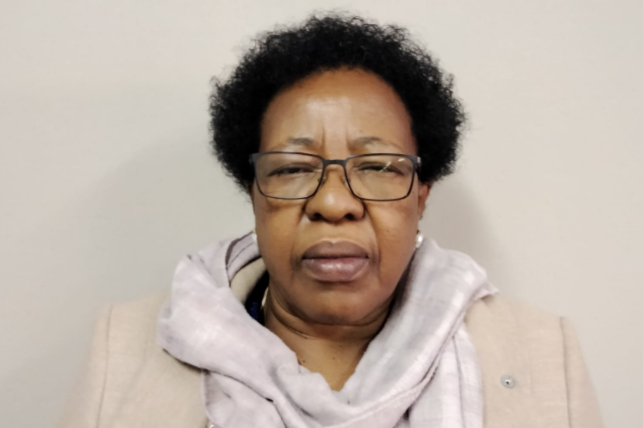 Thembi Sarah Masilela has been implicated in a fraud scandal within her municipality.
Image: SAPS

Thembi Masilela, the mayor of Nkangala district in Mpumalanga, is among nine people arrested for allegedly defrauding the municipality.

They were arrested on Monday and appeared briefly in the Middelburg magistrate’s court, the Hawks said on Tuesday. Spokesperson Capt Dineo Sekgotodi said they were released on bail of R10,000 each.

Masilela’s co-accused were named as:

They were charged with theft, forgery and contravening the Public Finance Management Act (PFMA).

“It is alleged that Masilela colluded with the group in September 2019 and ensured that fraudulent documents were processed for payments for services which were never rendered. As a result the municipality lost in excess of approximately R215,730,” Sekgotodi said.

They are expected back in the serious commercial crimes court on September 10.

It is not the first time Masilela has been in the spotlight while performing her duties. Last year she was criticised for an apparent lack of preparation when she bumbled through her state of the district address, at times uttering “oi” in frustration while reading it.

A prominent Mpumalanga businessman and former president of the Pan Africanist Congress of Azania (PAC) has been ordered to pay R3m for submitting ...
News
5 months ago

“I don’t know what is written here,” said Masilela as she read one part of the speech.

It was after this virtual address that allegations around nepotism and awarding of bursaries to those close to her surfaced. She was also questioned about appointments in her team.

TimesLIVE approached the mayor at the time, seeking clarity on the allegations.

“Those who accuse me of corruption must come forward with proof that I stole money. I know nothing about giving bursaries to my family members. I am not involved in the process of handling bursaries,” she said.

She said her municipality had achieved a clean audit in the past financial year.