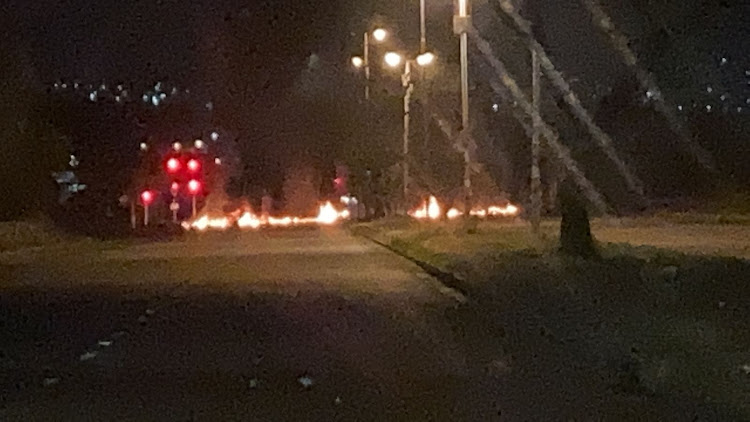 Protesters who blockaded roads with burning debris and tyres in Durban’s Umgeni Road and in Verulam in the early hours on Monday morning were dispersed by community policing forum patrol members and police.

The protest actions started at about 3am with private security companies and community forums reporting protesters gathering near Connaught bridge in Alpine and Umgeni roads and groups of people in Redcliffe, Verulam, north of Durban.

Police officers and Metro police responded and the protesters were dispersed while clean up operations began immediately.

Law enforcement agencies were on high alert since Sunday following reports of a “national shutdown” planned for Monday to avoid scenes witnessed in July when civil unrest claimed more than 300 lives, mainly in KwaZulu-Natal.

According to a classified crime intelligence report for the eThekwini outer north cluster, the impact and probability of planned protest action as a level 4 risk is considered major.

The report came after a widely circulated message and poster “confirming” information about possible violence and the targeting of specific locations around the city and a planned march in the Durban CBD. The poster called for the removal of President Cyril Ramaphosa, the release of former president Jacob Zuma from prison and issues related to Covid-19 vaccines.

Security forces say they are on high alert and ready to maintain stability in the country amid threats of a national shutdown on Monday.
News
11 months ago

The message is believed to initially have been distributed on Telegram in a group called “Protest Action South Africa”, which has almost 14,000 members. The description of the group is “Information of protest action and looting in South Africa. An informed community is a vigilant community”.

Members of the the ANC, ANC Youth League, uMkhonto we Sizwe Military Veterans Association, SACP and the SA National Civic Organisation (Sanco) have been identified as forming part of the planned march from Botha’s Park in Durban to the ANC provincial offices at 9am on Monday.

The report identified specific stores, roads and areas in Phoenix, Tongaat, Durban North and Verulam as being at possible risk.

eThekwini mayor Mxolisi Kaunda and KwaZulu-Natal premier Sihle Zikalala urged residents to remain calm as police are “on top of the situation”.

Security was beefed up at key point facilities, including the ports and airport, and provincial organisations were informed to be prepared to implement contingency planning protocols in the event of disruptions or threats.