Sfiso Buthelezi is adamant: Popo Molefe is no victim of state capture 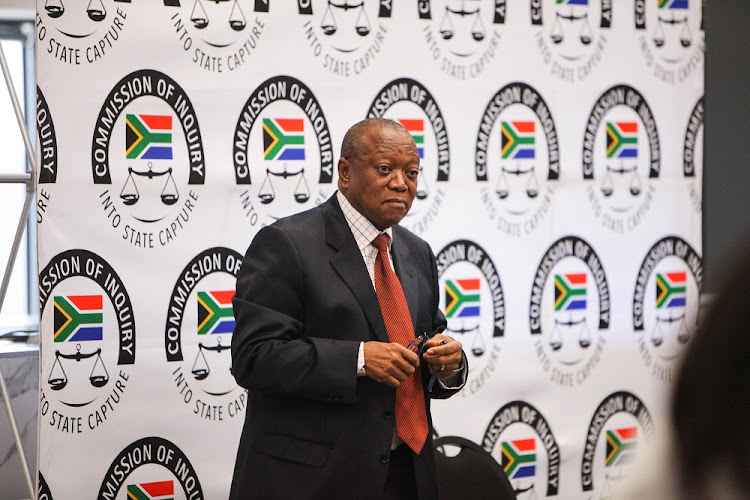 The cat-and-mouse game between former Prasa board chairpersons Sfiso Buthelezi and Popo Molefe is now for state capture inquiry chair acting chief justice Raymond Zondo to settle once and for all.

This after Buthelezi insisted in his final submission to the commission that Molefe was no “victim of state capture”, as he would have the inquiry believe.

Buthelezi was particularly displeased that the commission’s evidence leader, advocate Vas Soni, did not grill Molefe enough on his alleged role in fomenting irregularities at Prasa.

According to Buthelezi in his final supplementary affidavit to the commission, there is compelling evidence that Molefe was no corruption-buster.

The tiff between them started last year, when Molefe implicated Buthelezi during his testimony at the inquiry. Molefe claimed that Buthelezi, who was his predecessor as Prasa board chair, had “strangely” pushed for the appointment of service providers for the modernisation of the Braamfontein depot.

Furthermore, Molefe had fingered Buthelezi for threatening to resign “immediately” when Molefe took over the reins as board chair.

When Buthelezi filed an application to cross-examine Molefe on his claims, the commission opted to recall Molefe to the stand, at which point he retracted these claims.

Buthelezi accepted the retraction but was still not pleased that Molefe continued to present himself as a “state capture buster”.

In his notice of motion affidavit, Buthelezi told the inquiry that Molefe was “no such thing”,  citing incidents he alleged showed Molefe to have benefited from irregularities while Prasa board chairperson.

Buthelezi was persistent and wanted to have the last word.

“My averment in this regard was that [Mr Molefe] is no such thing and I point to two examples: his irregular appointment of personal bodyguards at Prasa’s cost of R6m and the SIU investigating that appointment, and his overpaying himself in board fees and being forced to return the money,” submitted Buthelezi.

“Mr Molefe was a beneficiary of that appointment [of personal bodyguards]. What does he say about the irregularity of that appointment? Also, he does not state who is the person at Prasa who made that irregular appointment and whether any risk assessment was carried out for purposes of arriving at the conclusion that his life was in danger.

“Then, as regards overpayment of board salaries, Mr Molefe was allowed to get away with saying he ‘voluntarily’ repaid the money. But my allegation was that he was ordered to pay back that money.”

Buthelezi said no “victim of state capture” would “not see anything wrong with accepting the overpayment in the first place”.

The matter is now in Zondo’s hands to settle in his report, expected to be handed over to President Cyril Ramaphosa in the coming months.

The state capture commission, its chairman Raymond Zondo, and the Council for the Advancement of the South African Constitution say international law ...
News
11 months ago