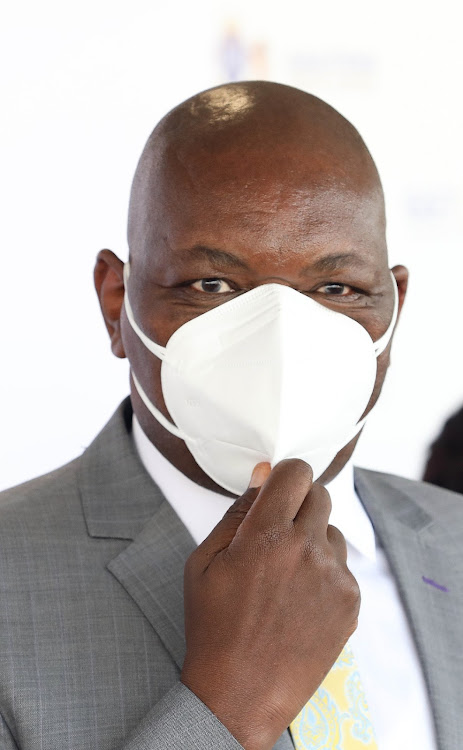 Gauteng premier David Makhura says there’s no basis for him to be joined in a civil recovery application.
Image: Veli Nhlapo

Adv Ngwako Maenetje SC, arguing on behalf of Makhura, said that by the time Lehloenya is found liable for the losses the state incurred in the irregular contracts for the supply of PPE, she would have lost any protection that the state afforded her as an employee and therefore cannot be allowed to claim anything from the state.

“The province and the premier, in their official capacities, cannot be joint wrongdoers in intentional wrongdoing which has lost state protection because that means she lost the indemnity by the state,” Maenetje said.

Maenetje said the argument advanced in relation to payments made after Lehloenya's departure were, at best, “a claim against any other official who was responsible for those payments”.

The Special Investigating Unit (SIU) has instituted civil recovery proceedings before the special tribunal against Lehloenya and Lukhele for breach of their employment contracts, constitutional and statutory duties as public officials in the awarding of the PPE contracts to Ledla and Beadica in response to the outbreak of the Covid-19 pandemic.

Lehloenya wants the tribunal to also hold Makhura and Lukhele liable for “contributory negligence” should she be held liable for the loss incurred by the state which the SIU is trying to recover from her in terms of the apportionment of damages act.

The former CFO, who left government in May last year when the allegations of corruption emerged, is now facing civil recovery proceedings, expected to resume once judge Lebogang Modiba rules on this application.

Lehloenya has, through her legal representative, Sunday Ogunronbi, argued that she was facing the civil recovery application because a circular issued by the province last year had centralised all procurement relating to the acquisition of PPE by the province, which was issued with Makhura's blessing.

Ogunronbi said that the circular had led to Lehloenya's responsibilities as a government employee being expanded, to place her in the position where she's now facing this action.

Gauteng in serious trouble, stricter lockdown may be needed — premier

Premier David Makhura on Monday said he was open “to exploring” putting Gauteng under stricter lockdown if need be.
News
5 months ago

The Special Investigating Unit (SIU)  on Sunday moved to quash claims by former Gauteng health MEC Bandile Masuku that his reinstatement to the ANC ...
News
6 months ago
Next Article