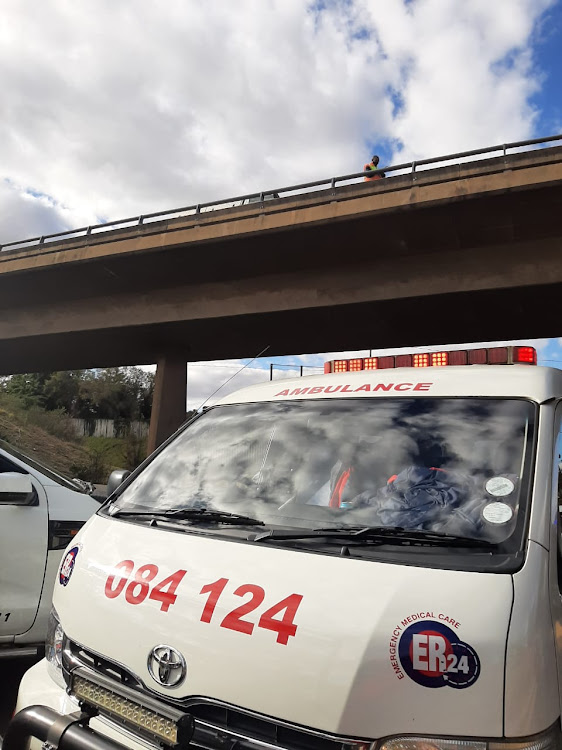 In the first incident in Aqua Park, a 38-year-old man suffered critical burns in an apparent apartment explosion.

In the second incident just a few hours later, a couple in their 70s suffered moderate injuries due to suspected carbon monoxide poisoning.

ER24 said its paramedics were on the scene for the apartment explosion at noon along with the Mopani District Fire Services.

“Neighbours of the 38-year-old man had doused the flames and pulled him out on to the first-floor balcony. He was found to have suffered both partial and full-thickness burns over 90% of his body and was in a critical condition,” ER24 said in a statement.

The man was transported to Letaba Hospital for further care. The cause of the explosion is unknown.

ER24 paramedics were then on the scene at 3pm for the suspected carbon monoxide poisoning of a couple who allegedly had a petrol generator running in their garage for 12 hours.

“A 75-year-old woman was said to have been confused and vomiting — she was treated for moderate injuries and transported to Mediclinic Tzaneen for further care.

“Her partner of about the same age had suffered less serious injuries and was taken to hospital by a family member.”

A couple in Mpumalanga, their two children and a niece were burnt beyond recognition on Wednesday night when their house caught fire. The five were ...
News
15 years ago

The power utility on Monday made a shocking announcement about the explosion which occurred on Sunday night.
News
1 year ago

'Load-shedding is never from a single incident unless we have suffered setbacks at other plants,' says Eskom spokesperson Sikonathi Mantshantsha.
News
1 year ago
Next Article