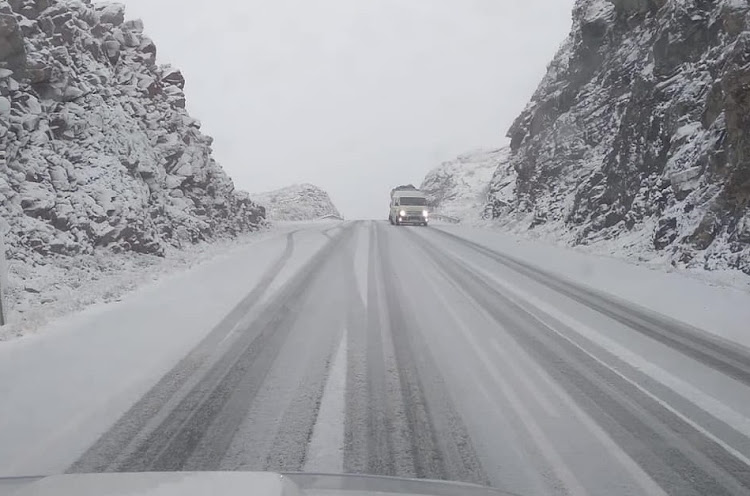 The Barkly Pass on the R58 is still open to traffic, but it was snowing with misty and icy conditions starting to develop on top of the pass.
Image: Eastern Cape department of transport

Icy temperatures, snow and rain have hit parts of the country on Friday as a cold front sweeps through.

The SA Weather Service said two winter systems were moving over the country and their impact was expected to continue into the weekend.

Forecaster Edward Engelbrecht said snowfall was received over the Drakensberg and southern Drakensberg in the Eastern Cape on Friday morning.

Engelbrecht said there were also reports of snowfall in high-lying areas of the Western Cape and the Sneeuberg and Winterberg mountains in the Eastern Cape. 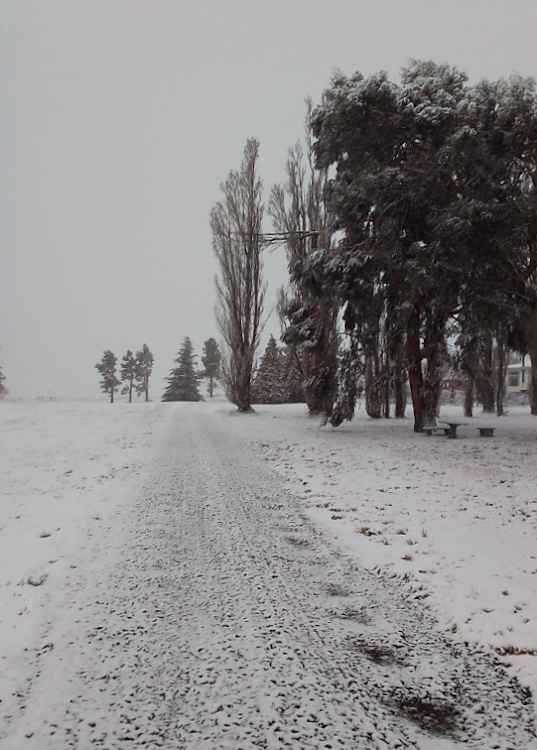 “That snowfall may become disruptive and we have a warning out for disruptive snowfall in those areas.”

Marlon Attwell from Mountain Shadows Hotel in Elliot in the Eastern Cape told TimesLIVE they started receiving snowfall at about 8pm on Thursday.

“This morning when we woke up it was white outside. It is a nice scenery. The mountains are white all around us. At least the roads and passes are still open,” Attwell said.

“There is no snow on the road surface and both mountain passes are open. Drivers to remain cautious because of misty conditions.”

The department said the Barkly Pass on the R58 is still open to traffic, but it was snowing with misty and icy conditions starting to develop on top of the pass.

The Penhoek Pass between Komani and Jamestown is drivable, with snow developing on the mountain top.

Engelbrecht said rainfall could also be expected in parts of the country later on Friday.