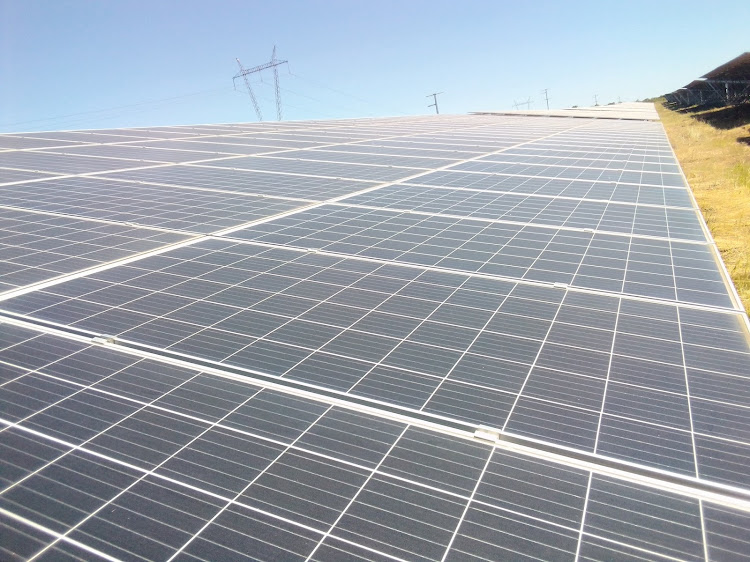 A SA businessman has been arrested in Zimbabwe and his passport confiscated over a dispute regarding the Harava Solar Plant project.
Image: Twitter via @official_MOEPD

A SA businessman was arrested last week on his arrival in Zimbabwe, and now can’t leave the country because of a contractual dispute involving $1m (R14.66m) and material for the construction of the Harava Solar Park.

The solar project was given national status by President Emmerson Mnangagwa.

George Beukes, 47, of eXess Africa, was whisked away by police detectives when he touched down at the Joshua Mqabuko Nkomo International Airport in Bulawayo on August 3. He was then bundled into a police van.

“I slept in a holding cell in Bulawayo. [The] next day a detective from Marondera collected me ...  when a case was opened against me,” he told TimesLIVE.

His alleged crime was defrauding Harava Solar Park, which is partly owned by Invest Solar Africa (58%), a holding company associated with businessmen George Manyere and Jayesh Shah with direct links to the president.

Old Mutual owns 28% and minority shareholdings are held by Ainos Ngadya and the Seke Community Trust.

It is alleged Beukes stole steel pipes, structures and fencing, which he insisted belonged to his company.

Beukes, after spending a night at a Bulawayo remand prison cell, was driven 456km to Marondera, in Mashonaland East, where he spent another night. There, a case of fraud was opened.

The following day he was driven 64km in the opposite direction to Chitungwiza, where he appeared in court charged with fraud.

According to court papers, he was granted Z$15,000 (about R1,800) bail with stringent conditions. His passport was forfeited, and he can’t leave Zimbabwe.

Problems for Beukes started when a dispute arose with Soventix SA , a German company awarded the contract in 2019 to set up Harava Solar Park, which would add 20 megawatts of electricity to the national grid.

Because of the project’s profile, Mnangagwa gave it “national project status” — meaning that no duties would be paid on consumables and equipment to be used.

Minister for presidential affairs and monitoring the implementation of government programmes Joram Gumbo is on record as saying implementation of the project resonates with the National Development Strategy 1 which identifies the availability of reliable power supply as a basic requirement for all citizens.

Mnangagwa was due to commission the project later this month,  at a time when Zimbabwe is faced with acute power shortages. However, that won’t be happening because the deal turned bad when, in late 2019, Soventix SA stopped paying eXess Africa for subcontracted work.

During negotiations it was agreed that eXess Africa would continue with the work and would recover its money from Harava Solar Park.

Still, no payment came from Harava Solar Park and the matter spilt over into court, with Manyere allegedly frustrating the legal process.

Court papers seen by TimesLIVE indicate that eXess Africa had already installed 6MW and a substation, for which Harava Solar Park owed eXess for both construction and supply.

Since Harava Solar Park and its owners had failed to pay eXess Africa by March 2021, the latter approached the High Court of Zimbabwe for the liquidation of Harava Solar Park in a bid to regain what was due to them.

In turn, Manyere accused Beukes and eXess Africa of stealing material for the construction of the project.

Incarcerated Zimbabwean journalist has resorted to writing letters from prison as he fights his latest arrest.
News
1 year ago

Police rounded up Zimbabweans crossing the Beitbridge border illegally into SA yesterday, with people arrested as authorities stepped up security to ...
News
1 year ago
Next Article