'I'm not going to be afraid to do what the ANC demands': Duarte on threats 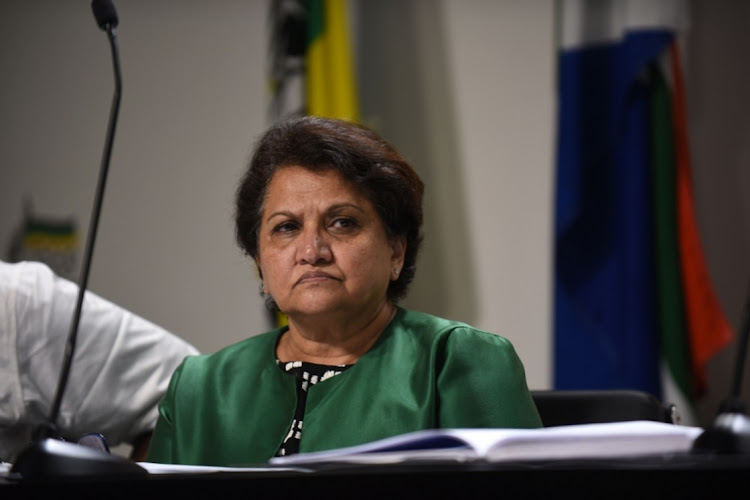 ANC acting secretary-general Jessie Duarte has confirmed that she is being protected by a private security company after receiving anonymous threats.

“I am not going to be afraid to do what the ANC demands of all its cadres to do and that is to keep all its cadres going and keep it strong and to make sure that we renew ourselves,” she said in an interview with Mzwandile Mbeje on SABC on Wednesday.

Her confirmation comes after reports by the Sunday World that Duarte’s life was apparently in danger after her home had been broken into and that, as a result, her personal security had been beefed up.

On Sunday, police minister Bheki Cele told eNCA’s Dasen Thathiah that SAPS members were not guarding Duarte or her home.

Clarifying the matter, Duarte said: “I am protected by a private security company, it is not the SA Police Service as was rumoured. I do not qualify for that, but I am protected because there were some phone calls that were making threats and we felt that we needed to take precautions.”

Duarte admitted that her position came with challenges.

“Anyone who is in a public position like I am, would have people who don’t like you and would want to see you hurt. Personally I do not wish to become the story anywhere. My life is going to go on. I am going to continue to work for the ANC.

“I will continue to ensure that others in the ANC do the work of the ANC and are disciplined as they do it. If they fall out of line, the ANC’s constitution will kick in,” she said, adding that she did not know where the threats emanated from.

“It’s a private number or a number when you call back, the number does not exist. Those are the kind of things that have been happening,” she said.

On Sunday the ANC's Nomvula Mokonyane told eNCA that, “from where I am seated, it’s something that can only be done by men who are dealing with their own insecurities and men who are threatened by the capabilities of this woman”.

ANC deputy secretary-general Jessie Duarte has accused a group of former president Jacob Zuma's supporters of calling for the second phase of the ...
News
4 months ago
Next Article