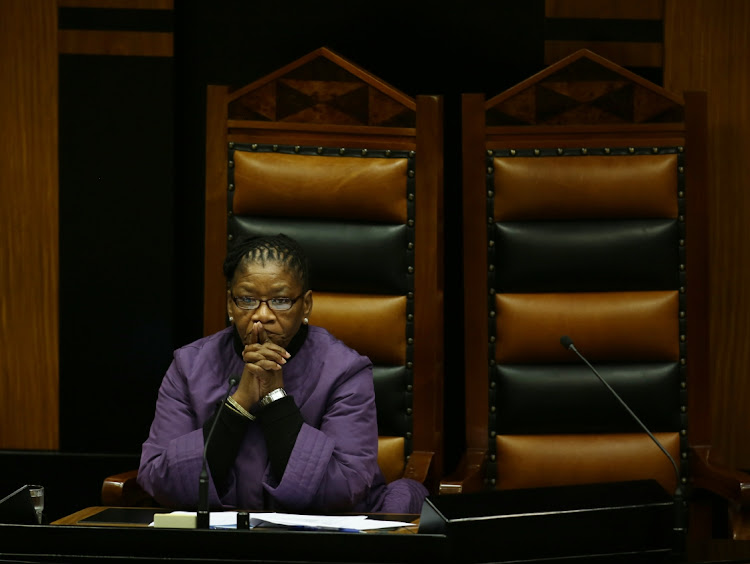 Thandi Modise has lobbied for women to have active roles in the military. File image.
Image: Esa Alexander

From asserting herself as an equal to her male Umkhonto we Sizwe counterparts in Tanzania, to introducing reforms in parliament that opened doors for women in the army, Thandi Modise has come a long way on her journey to become the political head of SA's defence force.

Modise revealed on Monday the many hurdles she and other young women faced in the MK military camps. Not only from the struggle of running in iron-capped boots and threats of rape, but they also had to assert themselves as equals to their male comrades.

“It was an issue to convince the men once we were in MK that we were equal,” she said.

“I remember that in the first two weeks we got to Dar es Salaam, staying at those residences, a number of us, always fewer in number, overwhelmed by the young men who we stayed with, had to fight because there was an automatic belief by some of the young men that for as long as women were there, we would be able to service their needs.

“At the time, fresh from the streets of SA, with very little politicisation, very little knowledge about gender equality, there were young men who sprang up to protect us,” she said.

Modise was one of the young people who skipped the country in the late 1970s to join the ANC in exile after the 1976 uprisings.

She revealed how, due to their youth, they had no idea of what was happening in the countries they were going to.

“I remember the only thing I was wearing was a miniskirt, and minis were outlawed in Tanzania. The first hurdle was to find clothes that were not illegal in Tanzania,” she said.

Modise was speaking about the role women played in the armed struggle during a virtual women's day colloquium hosted by Rhodes University on Monday.

“Our first hurdle might seem like a joke today but when we came into the MK, the men did not know how to [address] us.

“The first rejection we had to do was to be referred to as 'she comrades'. We convinced the men that we were men and women of equal valour, equal sacrifice and therefore the word, simple as it was, did fine for both men and women and we settled after a long argument to be addressed as Comrade Thandi and not as 'she-comrade Thandi'.”

Modise said while they fitted in at the military camps and would always come together as women, it was not always possible to stand up for each other, because as soon as they were drafted, they had to carry out their work as soldiers.

There were women, like Dr Thandi Ndlovu, who focused on making sure women soldiers upgraded their education and other skills so that they could be promoted and sent elsewhere for further training.

The role of women in the armed struggle was diverse and should never be diminished, said Modise.

“We are fighting to ensure that it is captured, it is remembered. We are fighting to remember women political prisoners and those who shouldn't have been in the armed forces, including the nuns in Joburg who hid weapons and harboured guerrillas,” she said.

“Women used every weapon they could muster against oppression.

“We must remember that in every armed struggle women were not just onlookers, they had been active, sometimes on both side of the issue,” said Modise.

Among the many fights in parliament was whether women should be allowed in the army. “We said yes.”

Modise said the training received in the MK was equivalent to infantry training, so they wanted to see women in the air force and for them not to be confined to desk, communication and medical services work, like women under the old SA Defence Force.

President Cyril Ramaphosa has used his first cabinet reshuffle to consolidate power in his office.
News
9 months ago

President Cyril Ramaphosa has tightened his grip on the security cluster following a civil unrest in the country when announcing his first cabinet ...
News
9 months ago
Next Article