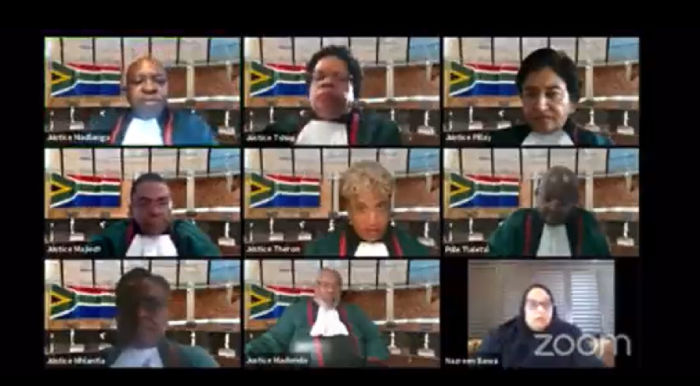 Nazreen Bawa, bottom right, during the Constitutional Court hearing in which attorney Yasmin Omar said she was 'dressed like a ninja'.
Image: Twitter

A professional misconduct complaint has been laid with the Legal Practice Council (LPC) against an attorney who allegedly accused a senior counsel, dressed in a hijab, of “dressing like a ninja” to put “on an act” for the day’s proceedings at the Constitutional Court.

Nazreen Bawa was representing the Women’s Legal Centre in a case about the recognition and regulation of Muslim marriages.

Yasmin Omar was the attorney for Lajnatun Nisaa-Il Muslimaat (Association of Muslim Women of SA), which was opposing the centre’s case.

A recording of Thursday’s virtual hearing reveals a female voice saying: “Look at Nazreen Bawa, she’s dressed like a ninja. Did she always dress like that? She didn’t. She’s putting on an act today, can you see?” 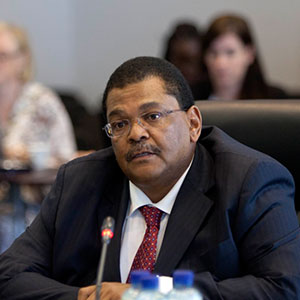 Omar declined to comment, saying since the matter was now before the LPC, it would be “improper”. However, on Thursday she reportedly told News24 that she was not talking about Bawa.

“There was something playing in the background, and I was not referring to her at all,” she said.

The Muslim marriages case, which began in 2009, has left Muslim organisations divided over the extent to which the state should be involved in the application of sharia law.

Shortly before the ConCourt hearing, Omar’s client applied to rescind the decision to allow the United Ulama Council of SA, an umbrella body of Muslim theological organisations, to be a friend of the court.

Speaking to the Sunday Times, Bawa said at the heart of the case was the protection of vulnerable women and children, rather than a battle about who was entitled to speak on behalf of the Muslim community.

She said it was perhaps “a level of intolerance for views of Islam that don’t accord with your own” that lay at the root of comments like Omar’s.

But the Women’s Legal Centre should not have had to face criticism for acting in its clients’ interests, she said.

In the complaint to the LPC, Sha’ista Kazee, an advocate at the Pan African Bar Association, said the statement was “not only a deeply personal attack on Ms Bawa’s personal beliefs but is insulting, hateful, and demeaning of Ms Bawa’s adherence to the Islamic faith”.

“The statement is inherently discriminatory”, said Kazee, and to make matters worse, instead of immediately apologising Omar had, in the media, told a “blatant falsehood”.

Kazee said it was “not a consideration that Ms Omar is herself a Muslim”. This did not “negate or absolve her statement from propagating hatred based on the prohibited grounds under section 9 of the constitution”.

EFF leaders Mbuyiseni Ndlozi and Julius Malema will return to court on March 9 regarding their alleged common assault on police officer ...
News
1 year ago