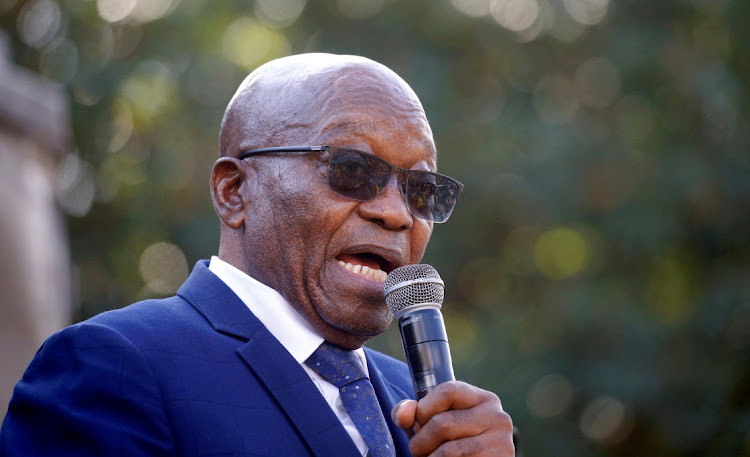 Former president Jacob Zuma’s family is not worried about his admission to hospital as he had “been unwell since he was poisoned” in 2014‚ a family elder said on Friday.

“We are not overly concerned because they told us yesterday that he would be going to see his regular doctor. He has really been unwell since he was poisoned‚” said Zuma’s brother Khanya.

He added: “We do not suspect anything untoward.”

The Sunday Times reported that in August 2014‚ during his trip to the US‚ doctors established that Zuma had been poisoned. He travelled to Russia to confirm the diagnosis and treatment.

The family is still mourning the death of Zuma’s brother Michael‚ who died shortly after Zuma started serving his 15-month prison sentence in Estcourt for contempt of court. Zuma was granted permission to bury his brother.

On Friday morning‚ department of correctional services spokesperson Singabakho Nxumalo confirmed that Zuma had been admitted to an outside hospital for medical observation.

Nxumalo said as a former president‚ Zuma's healthcare needs required the involvement of the SA Military Health Service. This had been the case since he was incarcerated.

“A routine observation prompted that Mr Zuma be taken for in-hospitalisation‚” he said.

In a previous interview with TimesLIVE‚ Zuma’s eldest son Edward hinted that Zuma was not happy about going to jail‚ “but we are OK with it‚ so long as they do not kill our father because that is a suspicion that we have.

“There have been many things that they have been doing that point us to believe that they want this man dead. They do not want to see him alive and we want to say that they must stop doing what they are doing because we are aware of it.

“We want our father to come back very healthy and alive. We want him back in one piece‚ just like when they took him‚ because it won’t be nice if something happens to him.”

Former president Jacob Zuma, through his legal team, is threatening to implicate "prominent organisations and foundations" in his upcoming arms deal ...
News
1 year ago

The department of correctional services said on Friday that former president Jacob Zuma has been admitted to an outside hospital for medical ...
News
1 year ago

The #FreeJacobZuma movement on Wednesday announced a multipronged strategy to demand the release of the embattled former president.
News
1 year ago
Next Article