Announcement comes three weeks after the country experienced what he described as an orchestrated campaign of public violence, destruction and sabotage 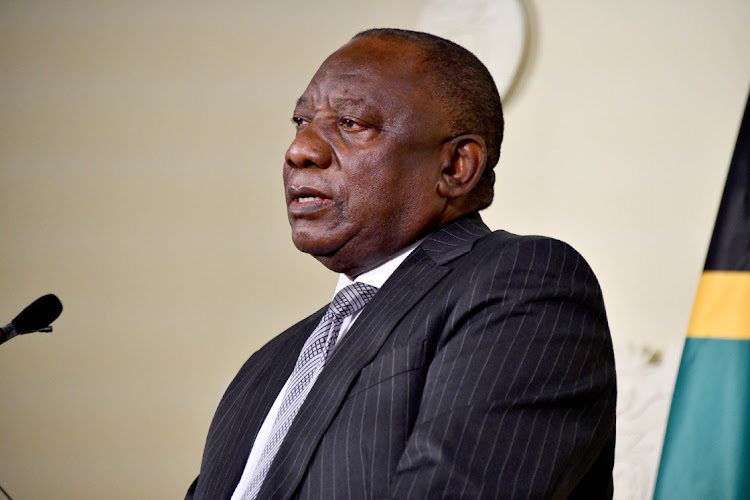 President Cyril Ramaphosa has tightened his grip on the security cluster following a civil unrest in the country when announcing his first cabinet reshuffle in the sixth administration on Thursday night.

Ramaphosa appointed National Assembly speaker Thandi Modise as the new minister of defence and placed the state security ministry directly under his watch in the presidency.

Modise will replace Nosiviwe Mapisa-Nqakula as the new minister of defence and military veterans.

Mapisa-Nqakula was recently in the news after she appeared to have contradicted Ramaphosa after the president had labelled the recent unrest as a result of a failed   insurrection.

Ramaphosa also decided to do away with the ministry of state security and brought the intelligence service under his watch in the presidency as he announced his first cabinet reshuffle last night.

He also moved several ministers around, including separating the department of human settlements and water and sanitation to become two separate departments.

Ramaphosa announced that Enoch Godongwana will replace Tito Mboweni as finance minister after the latter had requested to be excused.

President Cyril Ramaphosa has used his first cabinet reshuffle to consolidate power in his office.
News
10 months ago

Stella Ndabeni-Abrahams has swapped roles with Khumbudzo Ntshavheni, as they exchange roles between the departments of communications and digital technologies and the department of small business development.

Joe Phaahla will take over from health minister Zweli Mkhize who resigned just a few hours before Ramaphosa made the announcement.

Mmamoloko Kubayi-Ngubane who has been acting as health minister during Mkhize's special leave will now take over as the minister of human settlements.

Lindiwe Sisulu will become the new minister of tourism, while Zizi Kodwa will be the deputy minister in the presidency responsible for state security.

Ramaphosa said the changes were necessary to improve capacity of the state as it faces the Covid-19 pandemic, ensuring that the country is safe and rebuilding the economy.

“We are mobilising all available resources and capabilities to rebuild our economy and provide relief to those most vulnerable,” Ramaphosa said.

The president was already faced with several cabinet vacancies following the death of minister in the presidency Jackson Mthembu and the resignation of Mkhize on the day of the cabinet reshuffle.

There were vacancies for deputy ministers as well after the death of former deputy minister of mineral resources and energy Bavelile Hlongwa who died in a car accident last year.

Ramaphosa's major announcement comes three weeks after the country experienced what he described as an orchestrated campaign of public violence, destruction and sabotage.

He said while calm had been restored in affected areas, it was clear that the country’s security services had been found wanting in dealing with the threat.

“As part of the critical measures we are undertaking to strength the our security services and to prevent a recurrence of these events,” he said.

The measures included the appointment of an expert panel which would lead an in-depth review of his administration’s preparedness and identify response shortcomings.

The panel would be chaired by University of Pretoria’s Prof Sandy Africa.

Ramaphosa has also announced the following changes with respect to deputy ministers:

President Cyril Ramaphosa has met his special envoys on investment to discuss the economic environment and steps taken to improve the investment ...
News
10 months ago

Tito Mboweni is no longer SA's finance minister, and will be replaced by Enoch Godongwana.
News
10 months ago
Next Article