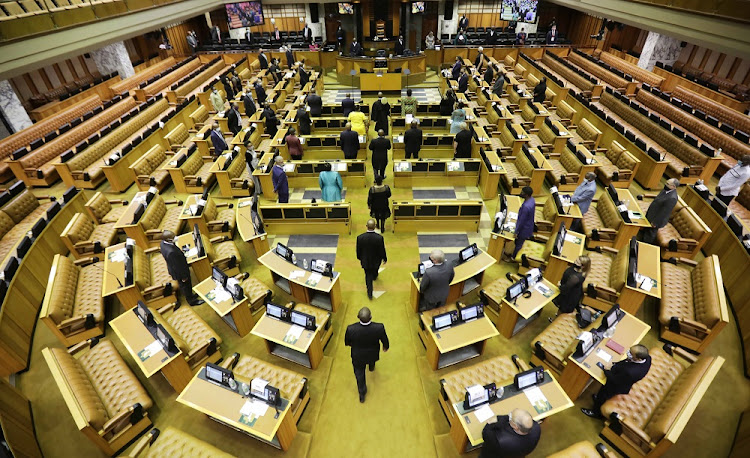 Deputy speaker Lechesa Tsenoli will act as the National Assembly speaker until the house elects its new leader.

Parliament announced on Friday that after President Cyril Ramaphosa's appointment of speaker Thandi Modise as defence minister, a date for the election of the assembly's new speaker would be determined through consultations within parliament and the office of the chief justice.

The constitution provides for the chief justice to preside over the election of a speaker, or designate another judge to do so.

“Should there be more than one nominee for the position of the speaker, there will be a vote by secret ballot,” said parliamentary spokesperson Moloto Mothapo.

Dr Chana Pilane-Majake was the National Assembly's programming whip, the MP in charge of drafting its programme and presenting it to the programme committee.

The new deputy minister of mineral resources and energy, Dr Nobuhle Nkabane, is the only appointee who did not hold an elected position in parliament.

Cosatu has described President Cyril Ramaphosa’s move to appoint his allies to key cabinet posts and around himself as a good move as it would now ...
News
1 year ago

President Cyril Ramaphosa has used his first cabinet reshuffle to consolidate power in his office.
News
1 year ago
Next Article