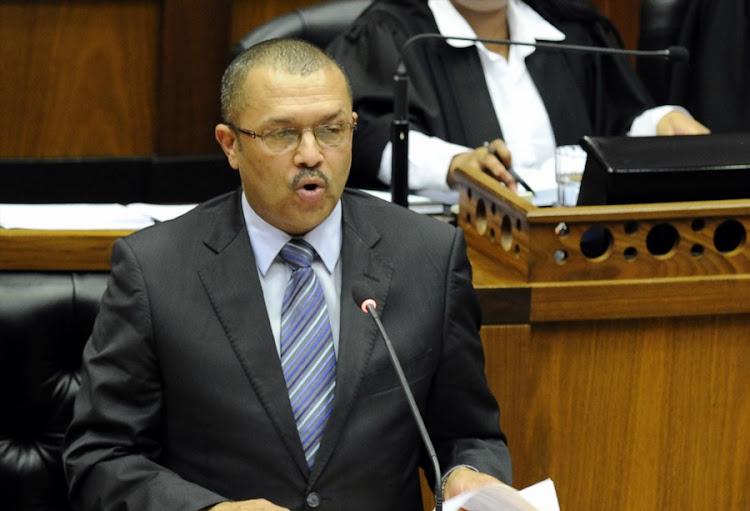 The fallout over holding the executive accountable for the July unrest has spilt over into parliament.

National Assembly oversight boss Cedric Frolick publicly smacked the police portfolio committee, accusing it of failing to conduct proper oversight when it visited KwaZulu-Natal days after the violent looting and destruction of property in that province.

Frolick told the assembly's programme committee on Thursday he wanted an explanation from police committee chairperson Tina Joemat-Pettersson on why her committee sat in a long meeting and did not go to the ground to hear first-hand from affected communities.

“So all these areas that members are referring to [like] Phoenix and all of that, that committee wasn't there and I am waiting for an explanation as to why all these members travelled from across the country to KwaZulu-Natal, slept over in a hotel and then they sat in a meeting for five-and-a-half hours without implementing the oversight visit programme.”

Revealing intel on riots is not in the country's interests: Ntshavheni

Ntshavheni confirms the unrest death toll is 79 in Gauteng and 258 in KwaZulu-Natal.
News
1 year ago

The police committee held a joint meeting with the joint standing committee on defence on July 20 at the police academy in Chatsworth. It was at this meeting that police minister Bheki Cele claimed to have never received any intelligence from state security, an allegation which contradicted what was said by state security minister Ayanda Dlodlo.

Frolick on Thursday also slammed an attempt by Joemat-Pettersson's committee to conduct a joint inquiry in conjunction with other security cluster committees.

Last Friday, the police committee alongside the committees on defence, justice and correctional services, the select committee on security and justice, and the joint standing committee on defence resolved to refer a request to establish an inquiry into the violence in KZN and Gauteng to parliament’s presiding officers – National Assembly speaker Thandi Modise and National Council of Provinces chairperson Amos Masondo – for further consideration and decision.

Frolick argued that each committee could conduct its own inquiry within its own mandate.

“I want to be very specific and precise here in terms of this meeting that took place last week with a lot of different committees, with members of the joint standing committee on defence, intelligence, justice and all of that.

“There was never a request for such a meeting to take place in the first place, because all those committees have got different and very specific mandates,” he said. He has since communicated with Joemat-Pettersson to get clarity about this move.

Frolick said at least eight different parliamentary committees have undertaken oversight visits and work in KwaZulu-Natal and Gauteng since the unrest.

He agreed with other MPs in the programme committee that more probing was needed to get to the bottom of what actually happened.

The joint standing committee on intelligence (JSCI), for instance, has already applied to conduct its own inquiry relating specifically to intelligence issues. The committee generally meets behind closed doors, as it deals with sensitive and classified information.

This is one of the reasons Frolick highlighted for objecting to a joint inquiry by the security cluster oversight committees.

“You can't put all these committees together, as you may as well inform certain people that will require certain information and you can send that information to members of parliament who have been vetted in the JSCI.”

Frolick, who joined the police portfolio committee on its visit to Gauteng, added that while a senior police delegation was present to answer questions, there were more questions than answers and that is why a parliamentary inquiry was needed, specifically in terms of issues surrounding the police.

“There are very worrying issues that came to the fore in that discussion,” he said.

A number of MPs called for an oversight inquiry to interrogate the events of July because the matter was in the public interest and because of the outrage it caused due to loss of life and property.

A joint sitting of parliament will then be convened “to denounce and condemn all forms of violence as they have impacted both socially and economically negatively on the nation”, according to ANC chief whip Pemmy Majodina.