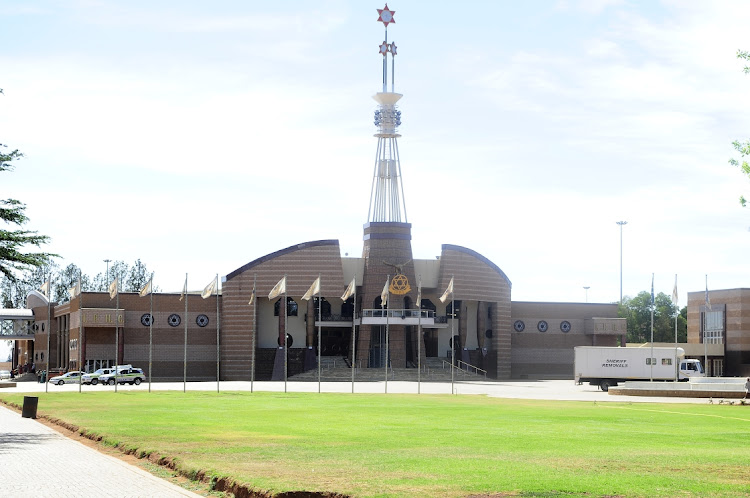 The headquarters of the IPHC church in Zuurbekom, Gauteng West, where a woman was forced to undergo a sex change.
Image: Thulani Mbele

A transgender woman who was subjected to a humiliating genital test by members of her church to check whether she was “a real woman” has been awarded R600,000 in damages by the Equality Court.

Karabo Ndlovu lodged a complaint against the International Pentecost Holiness Church, claiming its elders had forced her to undress in a public toilet and conducted a physical examination because the priest did not believe she was female.

Ga-Rankuwa Equality Court magistrate Ryan van Rooyen also ordered the church to pay Ndlovu’s legal costs and to tender an unconditional apology “in writing and verbal” to be given to Ndlovu personally by the most senior person in the church hierarchy before the end of October.

Ndlovu, in her complaint, said she had been a member of the Tweefontein G congregation in KwaMhlanga, Mpumalanga, since 2013, a year after she had gender reassignment surgery.

After she became engaged, she was summoned to the church’s Zuurbekom branch in 2015, where she was told by elders that they wanted to check her sex.

After this incident, her fiancé broke off their relationship.

IPHC, also popularly known as Modise church, did not file any opposing papers in court and the matter was adjourned on two occasions because no one appeared on its behalf.

Finally, in December 2020, magistrate Van Rooyen ruled that “merit and inequality in the form of gross discrimination is proven on the papers”.

This week, the magistrate ruled on the damages amount. He said the church obviously had no intention of answering the allegations.

“This was in a church setting where people should feel safe and cared for and dare I say, loved. There was no willingness from the respondent ([the church) to engage on the matter after the incident, which no doubt added insult to injury,” said the magistrate.

The magistrate lamented the lack of “substantial evidence” before him in dealing with the matter of the amount of damages claimed by Ndlovu, initially R5m and then, in heads of argument filed later, just less than R2m.

In previous cases dealing with rape, sexual assault, emotional shock, trauma and mental anguish, he said, only once had the award exceeded R1m.

In the matter before him, there was a “paucity” of detail about the incident, and how many people had done exactly what.

“But there is no doubt that when something terrible like this is done to a person against their will, there has to be a form of pain and suffering.”

Furthermore, the church’s attitude to the case amounted to contumelia (a deliberately offensive act) and for this Ndlovu should receive another R200,000.

Under the heading “injury to personality” and the wrong caused to Ndlovu, the court ordered that the church pay her R200,000, making the total award R600,000. – GroundUp

'I took no part in my wife's fraudulent death', says Sandlana

A prominent church leader, who is facing a charge of fraud in connection with the fraudulent submission declaring the death of his estranged wife at ...
News
1 year ago

Michael Sandlana, the  leader of a faction of the International Pentecostal Holiness Church (IPHC)  was released on R5 000 bail on Monday.
News
1 year ago
Next Article