By kyle zeeman AND Kyle Zeeman 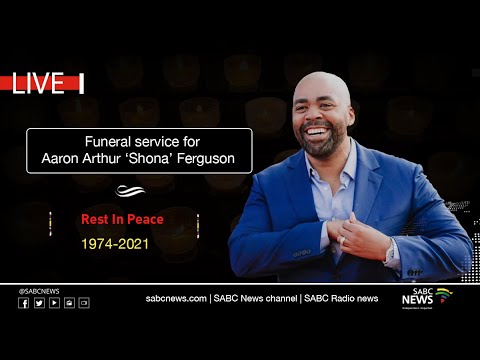 Family are gathered in Ruimsig Johannesburg on Wednesday to pay tribute to late veteran actor and producer Shona Ferguson.

The died last Friday due to Covid-19 complications.

A private funeral service for the star is being broadcast online. Shona's daughters Alicia and Lesedi are expected to speak at the service, while a recorded message from his wife Connie will be played.

Shona won over the hearts of Mzansi through his work stint on several shows, including Generations.

He also owned production company Ferguson Films with his wife.

Together, they produced Rockville, iGazi, The Gift, The Throne, The Herd, The Queen, The River and The impostor, plus a Netflix series called Kings of Joburg.