Government will proclaim October 27 as local government election date, but this doesn’t mean voting will go ahead 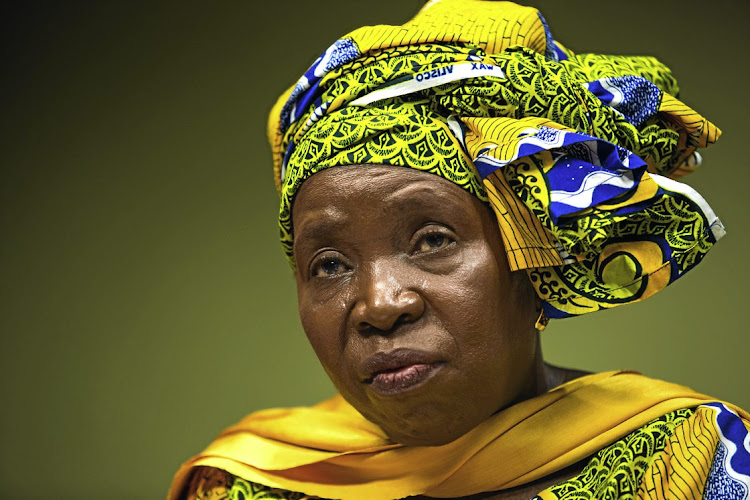 Cogta minister Nkosazana Dlamini-Zuma says she is 'bound to fulfil her constitutional and statutory obligations to timeously proclaim the date for the elections'. File picture.
Image: Simphiwe Nkwali

The government will officially gazette October 27 as local government election day, but this does not mean this is when voting will take place.

However, it appeared the government was in support of the election date being moved.

The Electoral Commission (IEC) earlier this year mandated former deputy chief justice Dikgang Moseneke to chair an inquiry into whether the election could be free and fair under Covid-19 conditions.

Last month he found this would not be the case, and recommended the vote should be postponed to February next year.

“Having considered all submissions and the related science, we conclude it is not reasonably possible or likely the elections scheduled for the month of October 2021 will be held in a free and fair manner, as required by the provisions of the constitution and related legislations.

“We go further to find the scheduled elections are likely to be free and fair not later than the end of February 2022,” Moseneke said when delivering his final report on July 20.

On Tuesday Dlamini-Zuma said: “In balancing the need to secure livelihoods and our democratic obligations, we are in agreement with the outcomes of the Moseneke inquiry.”

She said she was “bound to fulfil her constitutional and statutory obligations to timeously proclaim the date for the elections.

“There is currently no court order that would excuse the minister from fulfilling her constitutional and statutory obligations. It is therefore clear we still must go ahead to call the elections and gazette the date. This will also enable the IEC to file papers in the Constitutional Court to postpone an election that has been called.

“In gazetting the date, we are no way seeking to contradict the inquiry’s conclusion nor the IEC’s contemplated actions. We are merely fulfilling our obligations.”

Elections should be postponed to 2022 or they will be flawed, says Moseneke

Former deputy chief justice Dikgang Moseneke says local government elections scheduled for October 27 this year will not be free and fair under ...
News
11 months ago

The Electoral Commission resolved to reschedule the voter registration weekend from July 17 and 18 to the weekend of July 31 and August 1.
News
11 months ago
Next Article